Victorian APS Head of the River

(The author acknowledges the many sources from which these comments arise. See below.)

The "Head of the River" is a classic event and stands as one of the premier events in Victorian rowing.

The first Public School boat race in Victoria was rowed on the Upper Yarra down stream on 18th June, 1868. The race was the outcome of negotiations between two Melbourne University Boat Club members, Mr. J. H. Thompson, on behalf of Melbourne Grammar School, and Mr. J. G. Johnstone, a member of the Scotch College staff. These gentlemen coached the respective crews. Crews had been rowing on the river for some time, but the challenge for the race issued by one of the Scotch College rowers was only made on 17th June. It was promptly accepted by Melbourne Grammar School, and even in those far-off days the contest aroused no little interest.

I am requested by the Scotch College Rowing Club to challenge you to a friendly four-oar gig race the race to be rowed on Thursday the 18th from the Botanical Bridge to Edwards' boat house, and subject to such conditions as the crews agree to.

I am, Yours truly,
JOHN C. FIELD 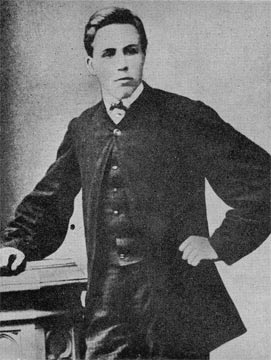 The result was a victory for Scotch College by a length. The names of the crews were as follows :

(A correspondent in The Argus on 15th May 1918 maintained that there was an earlier race in 1859 but this claim was disputed same days later in the Argus 18th May 1918 by J Henning Thompson who was alleged to have been in that crew.)

The races were rowed from 1868-1897 in string-test gigs with fixed seats. In the period 1898-1900 the race was competed for in best boat outrigger fours with sliding seats. In 1899, race between Melbourne Grammar and Geeling Grammar was raced in eights, the first school eights race in Australia. This did not form part of the APS Head of the River regattas. In 1901 clinker outrigged eights with sliding seats were used. At various times later cedar boats, followed by plywood boats, then fibre glass and finally then composite construction boats have been used.

The race was first rowed on the Barwon in 1879 and then every fifth or sixth year until 1916. Between 1921-1943 the Barwon saw it every fourth year and since 1948 the only use of the Yarra was in 1957 when Geelong College won. During World War 2 the Geelong Schools rowed a heat on the Barwon and the four Melbourne Schools rowed heats on the Yarra. These races were held after school, the winners met on the Yarra to decide the title except in 1943 when restrictions on travel were in force.

Scotch College has been represented every year, gradually other schools have joined in, the most recent being Haileybury College who entered the Boys First Eight event for the first time in 1991.

The Sumner Challenge Cup was presented in 1875 by the Hon T J Sumner to become the property of the school who should first win it three times. Scotch won it in 1875, 1876 and 1879 and have retained it since that date.

At a meeting of Delegates held at Scotch College on lst April, 1911, it was unanimously decided to accept the Challenge Cup which was offered by Mr. C. Fairbairn, of " Banongil," Skipton, to be held from year to year by the School which is Head of the River.

The Sumner Cup and the Fairbairn Challenge Cup are now the two trophies connected with this great contest.

The Head of the River races have weathered such difficulties as flooded rivers, disputes over ages, dead heats, disqualifications, and even the inability of a school to round up enough rowers to boat a crew.

Introduction of other crews

Second four oared raced were conducted from 1878 but it is unlikely that they were ever conducted at the Head of the River regatta. They continued until 1901 when eight oared racing commenced. They were reintroduced in 1917, when a second eights crew race was conducted the week prior to the regatta. These second crew races were raced initially just amongst the Melbourne metropolitan crews. School first crews always had training partner crews who naturally wanted to also have a race.

In more recent years when the regatta moved to Naganbie, junior crew returned to the Head of the River regatta with final only races.

In the early part of the century the race was held in October, but later it was moved to May and after World War 2 to April. When the race was in October it was possible for a boy to represent his school in Football, Cricket, Rowing and Athletics in the one year, as the latter was held in May after the Cricket season had ended.

Summary of boys and girls Heads of the River (below)

The Introduction of the Girls Events

The first girl to row within the APS was a lone sculler from Geelong Grammar School in 1972.

By 1975 there were 32 girls rowing and talk of girls competing at the Senior Regatta which, in fact, happened in 1981 when Geelong Grammar and Geelong College competed with MCEGGS, Morongo and Lauriston in 1st and 2nd Fours over 800m on the Friday.

MLC and Carey joined the racing in 1982, with Carey boating a First Four in 1983. In 1984 there were seven girls' crews rowing in each of 1st, 2nd and 3rd Four events but in the next year the regatta reverted to an all APS affair with only GGS and GC boating a First Four. In 1986 Carey reappeared in the First Fours and Wesley boated a First Four for the first time, so finally, with Caulfield joining in 1987, all five co-educational schools were boating a first four over 1500m.

Many of those who have competed have gone on to National and International success. In 1995 fourth and fifth girls' crews were introduced, racing over 1000m in regulation fours and in 1999 Year 10 Fours competed. Girls first eights (1998), second eights (1999) and third eights (2002) have replaced the open fours in the last few years. The Girls third eights reverted back to Open Fours in 2006.

The schools take part in a number of RV Regattas, including those at Ballarat, Geelong, Footscray, Nagambie, Carrum and Melbourne while the Junior Crews compete in RV and APS School Regattas. The Girls regularly compete at the Head of Schoolgirls whilst many crews compete, when practical, for both State and National titles.

The author would like to acknowledge the many sources used for this chapter: