The eighty-fourth Head of the River was conducted on 20th & 21st April on the Barwon.

Scotch won their heat in record time but did not have it all their own way in the final. They were pushed well by Wesley to win by only half a length. Geelong Grammar tried a last minute seating change between 5 and 7 seats.

Geelong College lost their heat to Wesley by only three feet in a superb race. Wesley started well and moved out ro a length in front. At the mill, the Wesley crew struck some stroke side problems enabling Geelong College back into the race. The finish line could not have come any sooner for Wesley as Geelong nearly caught them.

The other heat was not without problems also. Melbourne Grammar six man caught some bad water losing his oar and almost himself out of the boat. Xavier took full advantage of the situation but by the mill the crews were back level. Xavier had a good sprint in reserve and took off to win by 1/3 length.

Scotch College won the hat trick of events on the program winning the first, second and third eights.

Heat 1 as presented in the newspaper of the day

Heat 2 as presented in the newspaper of the day

Heat 3 as presented in the newspaper of the day

The Age reported: Wesley took a canvas lead over Scotch in the start but the cardinals quickly made it up with four hard strokes and swung out to gain a three-quarters length lead.

Round the bend Scotch kept their advantage on the purple and gold eight, with Xavier dropping back.

Past the mill, Scotch jumped the rating from 37 to 40. A sprint by Wesley gained them a quarter length but they faded 100 yards from the post. 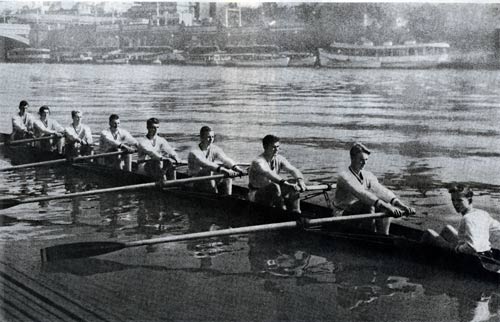 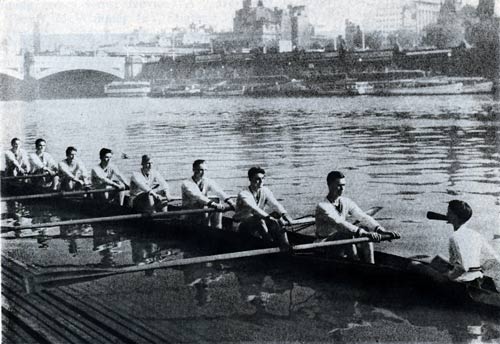 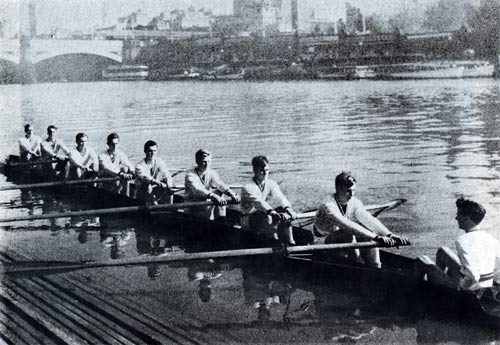