The first girl to row within the APS was a lone sculler from Geelong Grammar School in 1972.

By 1975 there were 32 girls rowing and talk of girls competing at the Senior Regatta which, in fact, happened in 1981 when Geelong Grammar and Geelong College competed with MCEGGS, Morongo and Lauriston in 1st and 2nd Fours over 800m on the Friday.

MLC and Carey joined the racing in 1982, with Carey boating a First Four in 1983. In 1984 there were seven girls' crews rowing in each of 1st, 2nd and 3rd Four events but in the next year the regatta reverted to an all APS affair with only GGS and GC boating a First Four. In 1986 Carey reappeared in the First Fours and Wesley boated a First Four for the first time, so finally, with Caulfield joining in 1987, all five co-educational schools were boating a first four over 1500m.

Many of those who have competed have gone on to National and International success. In 1995 fourth and fifth girls' crews were introduced, racing over 1000m in regulation fours and in 1999 Year 10 Fours competed. Girls first eights (1998), second eights (1999) and third eights (2002) have replaced the open fours in the last few years. The Girls third eights reverted back to Open Fours in 2006.

The schools take part in a number of RV Regattas, including those at Ballarat, Geelong, Footscray, Nagambie, Carrum and Melbourne while the Junior Crews compete in RV and APS School Regattas. The Girls regularly compete at the Head of Schoolgirls whilst many crews compete, when practical, for both State and National titles.

The Geelong Ladies Challenge Cup was donated by the Albert Bell Club and the W H Pincott Club, the rowing supporters clubs for Geelong College and Geelong Grammar respectively. It was first unofficially presented in 1981 by the then President of the Albert Bell Club, Mr Scott Chirnside beside the Geelong College and Geelong Grammar boat sheds as the APS had not at that stage agreed for the trophy to be presented at the same time as the Fairbairn Cup. It can only be presumed that at that stage there was a view there was too great a difference in history and standing of the boy's race as compared to the girl's race. 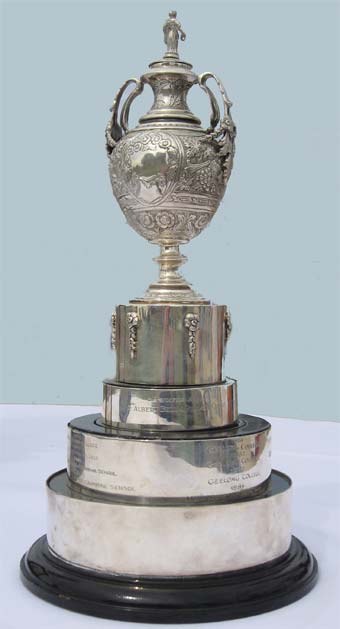 The results from 1981 to date have been largely drawn from the work of Robert Wakefield and his contribution is gratefully acknowledged.

A key to the abbreviations used for each school can be found below.

Index to APS Head of the River

Summary Boys' Head of the River