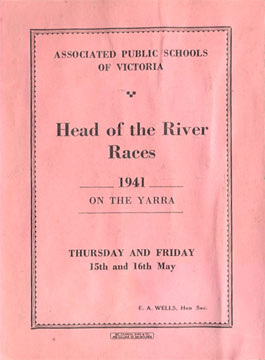 The seventy-fourth Head of the River was held on the Upper Yarra with Scotch College providing Harvey Nicholson his first Head of the River coaching win. It was an all the way win for Scotch with the other crews chasing. The races were conducted on 15th and 16th May.

The race was the first to be held after Australian troops had been sent to war and talk on the river bank was all about who had been sent where? This did not prevent the talk about three generations of one family who had all raced in the Head of the River. The Ritchie family had a representative in the Melbourne crew and whose father and grandfather had also raced. 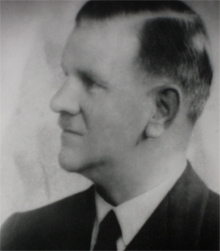 This was also the first year that the Wesley Headmaster Neil MacNeil would coach the Wesley crew. 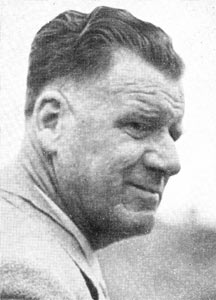 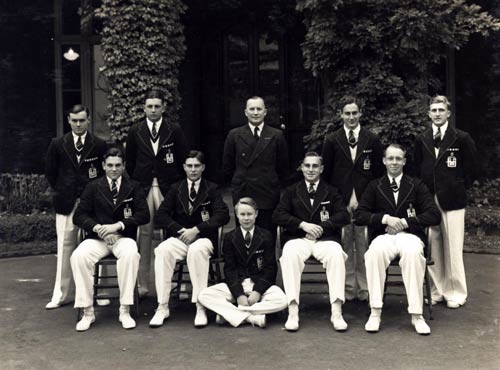 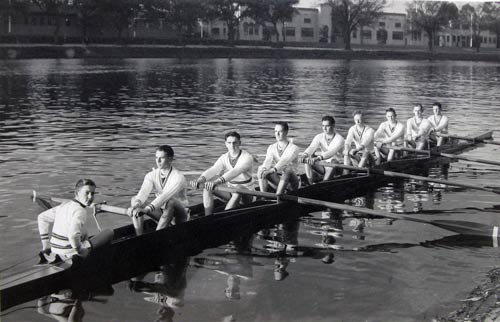 Photo from the Wesley College Boatshed

The Age reported on the final as follows;

When the three crews first came into sight round the big bend the umpire’s launch that followed behind signaled MGS as leaders, but from the finishing post it appeared that Scotch and Grammar were almost level, and Wesley were only a few feet behind. Then the strong posts of Melburnians chanted their school song vociferously, and already proclaimed a certain victory for the “Dark Blues”, who won in 1938, 1939, 1940.

Steering a clever and fine course, the Scotch cox just called for a little extra pace, and from that point, 500 yards from the judge’s box, the race was practically over.

The work in the Melbourne Grammar boat became short and ragged, while the boat rolled badly. Scotch then swung along easily, and with a real Australian leg and body drive, rowed their best form to date. The stroke, G. D. Fisher, took his signal from the cox, R. K. Sim, and a snappy dozen finished all pretensions of Grammar, whose form had been lost half way through the race. Wesley, rowing well, found the impost of 10 and 12 lb. per man in the average weight too much, but must be complimented on a game and plucky performance.

Scotch won by a length in 5min 12.2sec, with Wesley half a length away in third.

Scotch dashed away at the start, and shot the Morell-bridge in 52 ¾ sec., with an advantage of ¾ of a length. Racing well, and settling down to a fine swing, Scotch increased its lead to a length at the half mile, passed in 2 min 26 2-5th sec. As the crews straightened up for the final 200 yards, Scotch, two lengths in front, passed the repeated sprint challenges of Geelong unheeded. Won by four lengths in 5min 12.2sec, against full stream.

Wesley took the lead from pistol fire, and striking 37 to Xavier’s 39, was a length ahead at the Morell-bridge. Racing with a delightful body swing and solid leg drive, the light Wesley lads drew away at will. At the half-mile, clocked at 2min 27sec., the race was all over, and in the procession that followed Xavier struggled gamely but unavailingly, and saw its rival glide away without much trouble. Won by 5 lengths in 5min 16.4sec, against stream.

Geelong Grammar got away from Melbourne at the start, although the Dark Blues struck 39 to the Light Blues 37. Geelong passed under the Morell-bridge, and was cheered there by a Geelong strong post, as the crew led its rivals by a third of a length. Geelong was the steadier crew at the half mile, when Melbourne faltered badly there. As the umpire’s launch was flying the white flag to indicate Geelong leading, the big crowds at the finish cheered wildly. Then a great race ensued. The Dark Blues sprinted to gain a narrow lead, when they were challenged again, and won the heat by a canvas. Time: 4min 58.5sec in dead water. 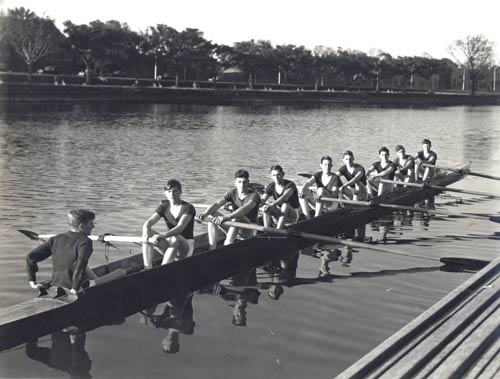 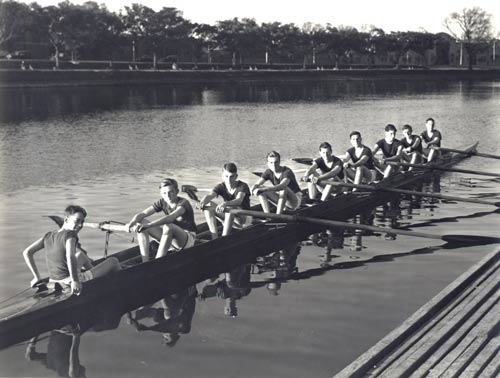 (This race was conducted as part of the Junior Eights regatta amongst Melbourne metropolitan schools on 10th May on the Upper Yarra. It was not part of the Head of the River regatta.) 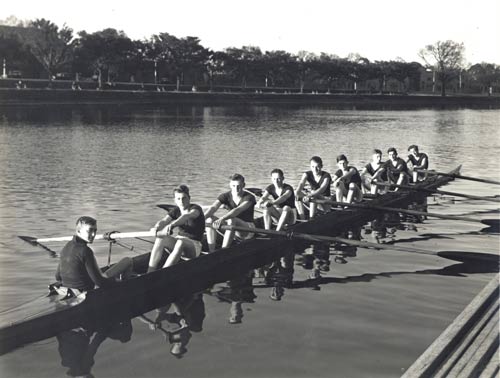 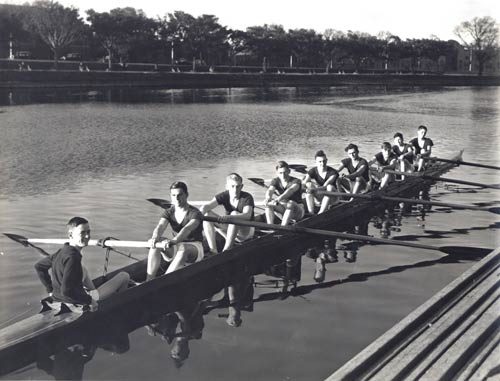 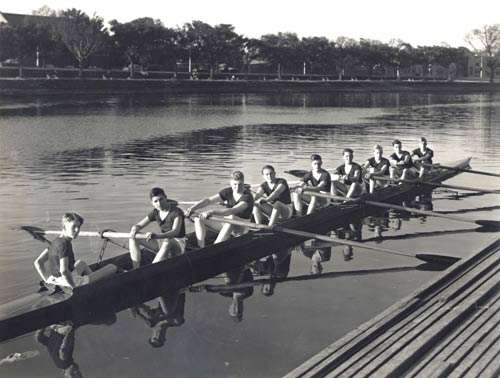 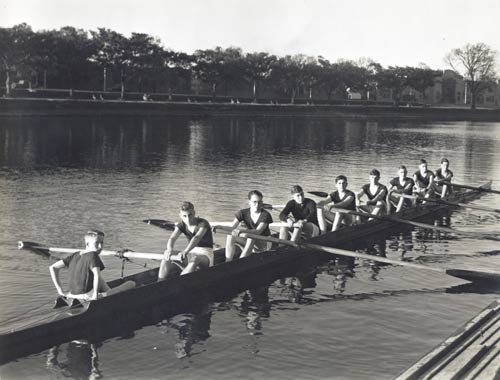