The Heidelberg City Rowing Club was a short lived club, which was located at Rudder Grange on the upper reaches of the Yarra at Fairfield, between the Fairfield boat house and the Chandler Highway. 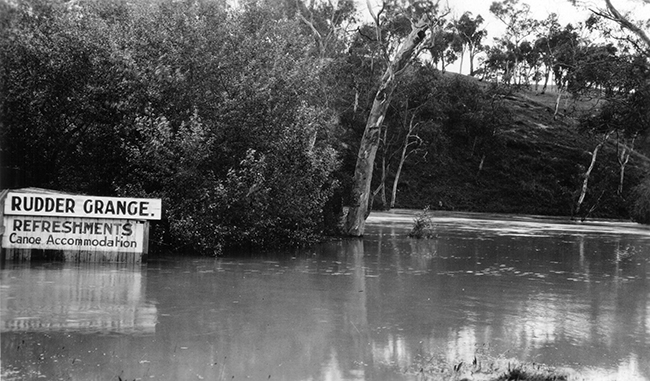 The Yarra River at Rudder Grange in the floods of 1934

An early history of the Fairfield Canoe Club advises that the Club was originally known as the Northern Districts Rowing Club. This name was also the original name of the Preston Rowing Club and which changed its name in 1920 it's new name. Maybe this was a reason why the Club changed it's name to the Heidelberg City Rowing Club.

The Fairfield Canoe Club records on its website: In 1933 FCC [Fairfield Canoe Club] fell on hard times, rather than disappearing, they shared a local community initiative and created the Northern Districts Rowing Club (NDRC). This move brought an injection of funds that expanded boat storage, salvaged flagging membership and thus saved our Club. NDRC later became the Heidelberg [City] Rowing Club. Rowing crews successfully competed out of our Clubhouse until 1948 when the enthusiasm for rowing fell. The Weekly Times notes that “a racing and a practice eight were sold to Warrnambool RC” which would have helped ease another FCC debt burden. 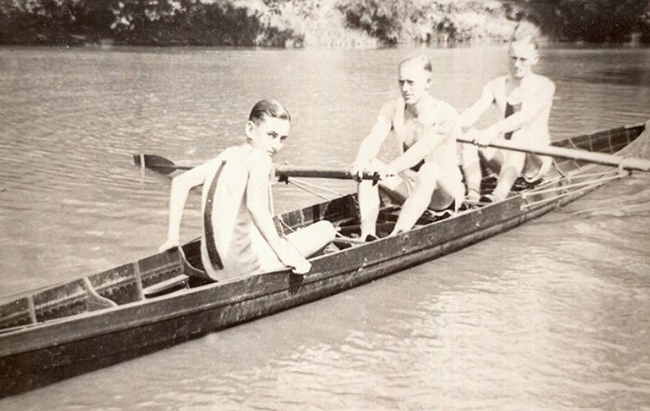 One of the first Heidelberg City crews in 1934 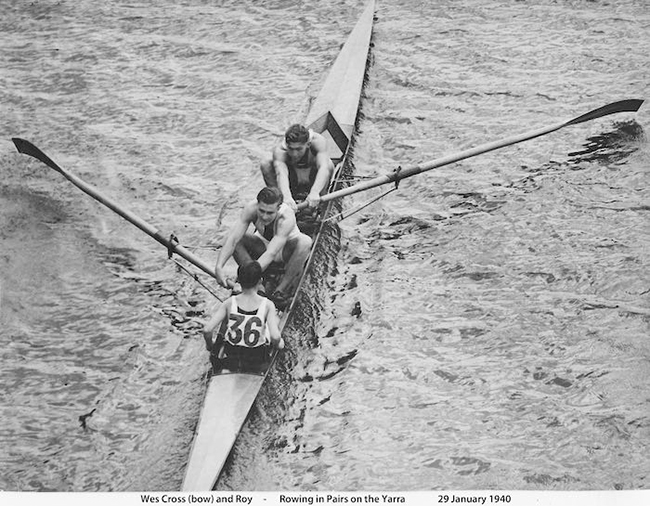 Heidelberg City racing on the Yarra in 1940

Regatta programs of the time describe the club's colours as: "Light Blue, vertical Dark Blue stripe", the same uniform as the canoe club.

At least two members of the Club died in WWII, Col Rimmington and "Spud" Murphy. The Captain of the Club in 1937 was J Murphy and so J may be the initial of "Spud". Both were in the Air Force and both died in 1942. The newsletter at the time noted them as two regular and popular members of the Club. In the December 1941 newsletter, "Spud" Murphy was reported as having an enjoyable trip over to the UK through America. He paid a visit to Hollywood and "was entertained by Priscilla Lane and Cary Grant of film fame".

The Club was disbanded in 1949. The Fairfield Canoe Club history records: This branch of sport became most successful, both in activities and membership, but as a result of the war, it was compelled to close down after running for 14 years. It also was  about the same time the canoe club started a slow ascendency.

The following links to newsletters from the Fairfield Canoe Club website during the time of the Heidelberg City Rowing Club provide some further insights into the Club.