The Antwerp Rowing Club was formed in 1896 on the Wimmera River at the small Wimmera town of Antwerp. The club, and to a large degree the town, no longer exist.

The club raced under red and white colours.

The Wimmera River is at best intermittent, and not a reliable course upon which to row.

So why did a very marginal agricultural area on an intermittent river blossom in the 19th century?

It appears that during the 1880s, the Eucalyptus Mallee Oil Company began operations in the township, distilling eucalyptus oil, which was sold under the brand name EMU. The eucalyptus oil business was to a large degree responsible for the influx of people into the district. Further, the Antwerp railway station and sidings on the Dimboola to Jeparit railway line opened in June 1894. Passengers were carried on mixed goods/passenger trains pre-war.

These appear to have caused the influx of people, and rowers, to the town.

This small rowing community provided the following soldiers to WWI. There are some people on the rower's Honour Roll who do not appear on the town's Honour Roll and this could be some included some who rowed with Antwerp but who lived in other townships.

The Honour Roll for the town follows.

In 1903, further impetus to regular rowing was created with the building of a weir. 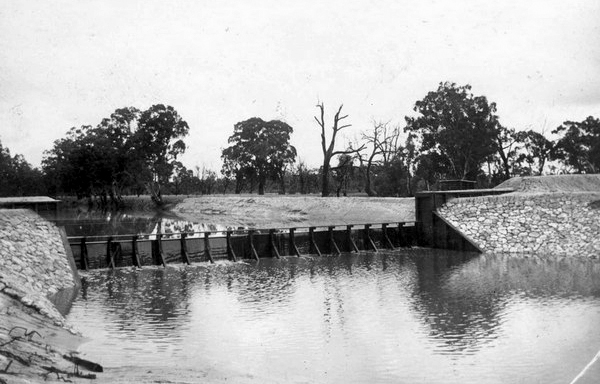 The weir shortly after construction. 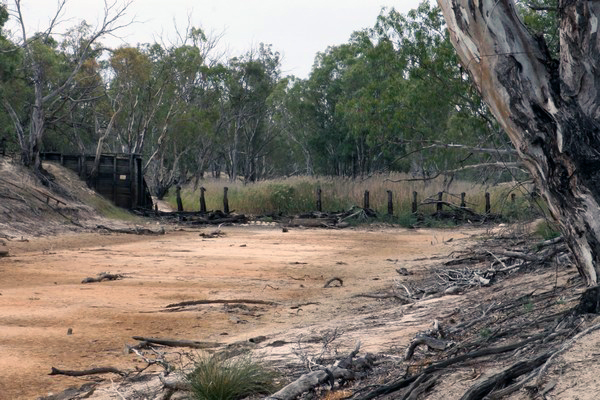 The decrepit weir in modern times in drought

Social infrastructure reflected the larger population in the early years, which included a hall built in 1904, a Methodist church and sports facilities including an oval and tennis courts at a recreation reserve across the river. The town previously had its own football, cricket, tennis and rowing clubs, with rowing regattas held on the Wimmera River.

Sadly the town now only comprises a general store, a hall and a few occupied houses. The rowing club ceased to exist many years ago and no signs of it remain.