RA is recognized by FISA (Federation Internationale des Societies d’Aviron – the International Rowing Federation) which itself is a constituent member of the IOC and is therefore a sport eligible for inclusion in the Olympic Games.

Prior to 1925, the conduct of the Interstate Championships and representation at the Olympic Games was managed by the State Associations initially by correspondence and later by Inter-State Conferences which met at the Interstate Championships. These conferences became annual events from 1907 exempting war years. A proposal to form the Australian Amateur Rowing Council failed at the 1909 conference in favour of the continuation of the conference system.

Regulations were brought into effect for the conduct of the Intercolonial and Interstate Championships well prior to the formation of RA. Whilst there were many debates over rules from the very first race, the first call for a conference came from NSW in February 1887 to discuss the possibility of sending a combined crew from all colonies to compete in England.

Alan May reports in Sydney Rows that the proposal appears to have been born in Victoria in February 1887 where a resolution for the proposal was passed. He goes on to say:

"NSW agreed to call a meeting of delegates from all the colonies at the time of the intercolonial race to discuss the matter further, while invitations were received from several English clubs, including Thames and London, offering their hospitality if an Australian crew made such a visit. Support for the scheme came quickly from Jim Clark who, on his return from England, said he felt Australia could hold its own in England. It was finally decided to conduct selection trials in fours and sculls immediately after the second intercolonial eights race. The trials would be open to representatives of the rowing associations of all Australasian colonies.

"The special trial races were duly held. Selection of the NSW four was also left to Goodyear and was drawn from his eight. Entries came from Victoria, Tasmania and even New Zealand. Victoria ran out the winners, with Canterbury Rowing Club (New Zealand) second, NSW third and the Tamar Club (Tasmania) fourth. The margins were 2 lengths and 3 lengths.

"Interest in the tour to England did not, however, last long. NSW remained keen and suggested, in December, 1888, that the VRA and the NSWRA each nominate five oarsmen to form a crew and two emergencies, along with a coach and cox. They even hinted that nomination of Upward as coach would get their approval. Victoria felt other colonies should also be invited to nominate representatives, while NSW appointed a sub-committee to consider the best means of proceeding. The VRA held a public meeting to raise funds in February, 1889, but attendance was so disappointing that the VRA abandoned the Australian eight proposal and NSW decided to proceed no further on its own account."

The big issue in these days was of course the great debate on amateur status in rowing. This prevented intercolonial competition on many occasions and was first debated openly by 1873.

Upon their return to Sydney in that year, the NSW stroke Arthur Fitzhardinge noted that the Victorian crew contained several manual labourers and thus not bona fide amateurs under the NSW rules. It is reported that he said, "People confined in an office had no show against men who worked with their arms or their hands or in the sun all day."

Whilst an over simplification of the issues, it appears that the differences related primarily to the NSW difficulties with manual labourers racing whilst the Victorians had difficulties with rowers who had raced for cash rewards. At that time professional sculling and cash prizes were common in NSW whilst in Victoria no such practices were allowed. Readers are referred to the chapter on professional sculling to gain an insight into the importance of professional sculling at that time. However the strength of rowing in Victoria was based around regional clubs with some occupational based clubs. Such clubs did not differentiate between labourers and office based workers.

For many years, a compromise was reached whereby the NSW crews rowed under their rules and the Victorians under theirs. However in 1889, a rowing conference from four colonies resolved after much discussion:

"That, in the opinion of this conference, it is desirable that all future intercolonial races shall be open to all amateurs, i.e. –

1st. Anyone who has never entered for a race advertised as for watermen.

2nd. Anyone who has never competed in any open competition, or for a stake, money, or entrance fee.

3rd. Anyone who has never earned, or partially earned, his living by rowing, or has taken money directly or indirectly in recognition of his skill in rowing.

4th. Anyone who has never taught, practiced, or assisted in athletic exercises of any kind, as a means of gaining a livelihood or pecuniary benefit.

5th. Anyone who has not been employed in or about boats for money or wages.

6th. Anyone who has never competed in a match in connection with which a wager or bet is recognised."

Alan May in Sydney Rows added:

"There was at least one very important implication. Manual labourers as such would no longer be outside the definition of 'amateur' unless they worked in or about boats if the suggestion was approved. Victoria, SA, Tasmania and Queensland adopted the new definition but there was strong pressure against doing so in NSW. In the latter colony, the matter finally came up for decision at a special conference of rowing club delegates in April, 1889.

A motion to adopt the new definition (put forward by a Glebe delegate) was soundly rejected and an amendment, by Warren of Sydney, that the present definition be adhered to, was carried almost unanimously. Vigorous debate and argument marked the meeting. The fate of the intercolonial eights was now in the balance as far as NSW was concerned — unless some colonies, or sections thereof, agreed to meet NSW under the old definition.

Upward was soon heading moves in Victoria among the bona fide amateur clubs to form a new Association to carry on the old series of races. The Victorian clubs concerned drew closer together and conducted a regatta among themselves. The VRA itself declined to continue the intercolonial eights on other than the new terms, but appeared amenable to granting its patronage to any other group which wanted to conduct a race on the old terms. For its part, it decided to open its champion four and champion scull events to the other colonies (Queensland being the only one to take advantage of this position). 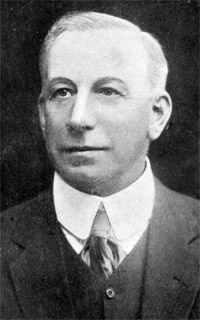 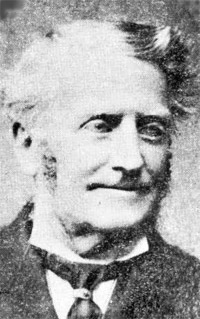 In September 1889, the NSWRA received a letter from Upward on behalf of Victorian amateurs (principally from Melbourne, Banks, Mercantile, University, Civil Service and Electric Telegraph) suggesting a continuation of the event under the old definition and the Association agreed to send a crew to Melbourne for a special regatta in November."

It was not until the 1896 conference that the amateur definition was settled. However the amateur status was to cause problems for many good decisions for many years. Even in international competition, the amateur rules caused problems. In 1913, the Melbourne Henley Committee invited the Thames Rowing Club to their regatta but the Amateur Rowing association of England forbade them accepting the steamer tickets from the regatta association. Representations from the Australian Governor General for them accept the tickets were to no effect.

It is interesting to note that New Zealand competed in several intercolonial championships and it was clear that pre Federation, New Zealand were to a large extent regarded as another colony which could compete. New Zealand sought permission to compete at the Interstate Championships in 1913. The Australian States had no objection subject to there be no need for them to travel to New Zealand.

Other examples of decisions at intercolonial conferences included the formation of a weather committee at the 1919 conference to adjudicate whether the weather was favourable for the event to be held on the day set out for the event. Further, very early in these events, it was resolved that WA need not compete in Queensland and Queensland need not compete in Western Australia. However all other Colonies must compete annually at the Championships to obtain the right to conduct the event. This rule was eased for the duration of the depression.

> next The Original Women's Council