Whilst this was the first official Interstate Championship, other Interstate contests were already being conducted. Below is a picture of a representative South Australian crew who won an interstate contest on Anzac Day in 1919. 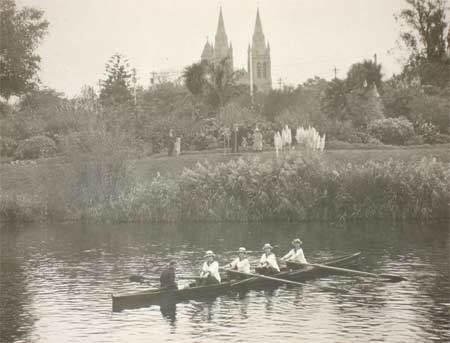 The victorious South Australian crew, winners of an Interstate Contest on 26th April 1919

"This year (1920) saw the presentation of the existing trophy for the Australian Champion Fours by the Queensland Branch of the Licensed Victuallers of the Commonwealth of Australia, as a perpetual trophy for annual, interstate races. Atop the trophy, cast in sterling silver, stands a young oarswoman, holding her oar and wearing the rowing fashion of that era, viz., wide-brimmed hat, sailor top, billowy bloomers and lace-up shoes and stockings. This trophy was made from one hundred silver guineas by a craftsman, who used as his model the stroke of South Australia's winning crew, Miss Dorothy Arnold. It is interesting to note that in the early 1960's a suggestion was put forward that the statuette be melted down, and a more modern version constructed in its place, but this met with such violent opposition from current oarswomen that the proposal was withdrawn. Affectionately known to Australian oarswomen as "Bertha", this trophy would most certainly be valued nowadays at considerably more than one hundred guineas."

The first Interstate Women's Race was conducted in 1901. Again we refer to Rose Evan's work:

"In 1901, the Women's Interstate Sculling Race was one of the many festivities. Contestants were from Victoria, with one Sydney sculler also participating. The event was won by Mrs. Cassie McRitchie in an open style skiff, which is still housed at a Victorian Women's Rowing Club. The trophy of rubies and pearls set in a gold bracelet was presented to the winning sculler by the Duke and Duchess of Gloucester. organised to celebrate Federation. 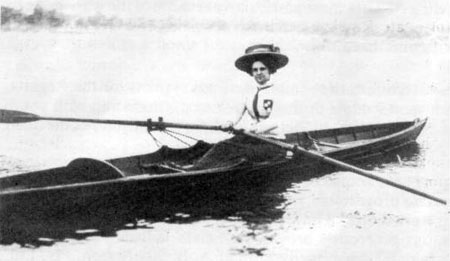 "From that date, organised sculling competition at Interstate level lapsed until the Australian Women's Rowing Council decided to add the Championship event to their annual programme in 1963. The first Australian Women's Sculling Championship was staged at Brisbane, and the perpetual trophy known as the Nell Slatter Trophy was donated by the Oueensland Women's Rowing Association, and presented to the winner, Mrs. Helen Evans, of N.S.W." 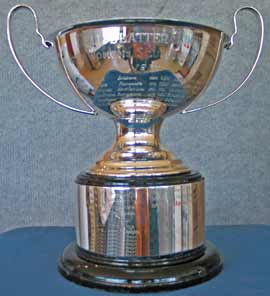 It is interesting to note that the first recorded women's race was at the Shoalhaven Regatta in NSW on Australian Day in 1865. Robyn Florance in her book Shoalhaven River Regattas 150 years - 1855-2005 records that Miss Marion Munro defeated Miss M McLaren in the third race of the day in single sculls and Miss Munro defeated Miss Conroy in the fifth. Womens boating was popular as a recreation through to the turn of the century but was not a sport until the towards the end of the Victorian era when it was deemed appropriate for women to participate in such activities.

> next The Original Women's Council