This section on Australians racing in world professional sculling championships is short and intended to be a record of racing together with some limited information to enable readers to gain a brief understanding of this great sport. 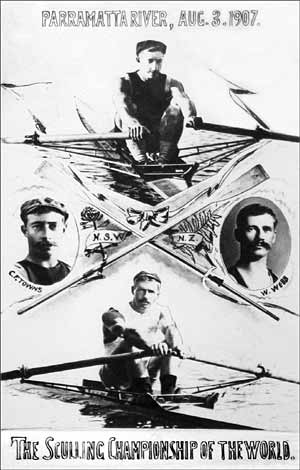 The golden years of world professional sculling occurred before World War I. Some of the earliest races listed in this section could probably be best described as English Championships and some of the latter races are of insufficient standing to warrant comparison with the earlier races.