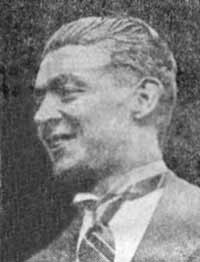 Margin 3 lengths. Hannan challenged Goodsell for a rematch but had to wait his turn with other challengers waiting. He tried to get around this by challenging Tom Saul with the winner to race Goodsell. A newspaper article reported this as follows: "Even after he had been ignominously defeated by Goodsell he had the affrontery to ask for a match with the Macleay lad [Tom Saul] , the winner to challenge Goodsell. The thing was too transparent: Saul had his challenge in early..."

Margin 1.5 lengths. Paddon was 39 years old at this stage and Goodsell 25 years old.

Margin easily. Goodsell was an expereinced and stronger sculler than Saul. A newspaper report prior to the race stated that: When Saul last rowed, he scaled about 9st 8lb. We understand Goodsell is about 12st. Saul is an extremely clever oarsman, understands every move of a rigger, and has an outsize heart." Saul hailed from the Macleay River in northern NSW and was the current Australian champion.

Prior to the race, the Sydney Sun reported: "A curious position arose over the fact that both scullers desired the services of the vetrean George Towns as trainer. Towns had prepared Goodsell for his race with Hannan, but Saul had also his services in the past. The upshot is that Towns has decided not to coach either man, though Goodsell is still likely to have the services of his sons, Hector and George, as pacers. The race is for £500 aside." 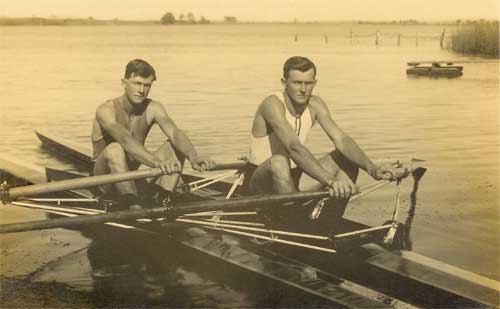 Tom Saul and his brother Jack in 1924

A later newsaper article stated that Saul's father insisted that neither sculler should train from the boat shed of Towns. Saul trained from Kemp's shed and Goodsell was left without premises. One of his backers was quoted as saying "If Major cannot secure a shed, he will have to train from a paddock."

Bill Beach was named as the umpire and Jack Scott the judge in the articles of agreement.

Bert Barry was the nephew of the great Ernest Barry. The race was conducted on the Burrand Inlet Vancouver in the time of 24m 55s with a winning margin of 12 lengths.

The rematch produced a very different result with an easy win to Barry. Several attempts were made for a rematch in North America without success. The race was again conducted on the Burrand Inlet Vancouver and the winning time was 21m 40s.