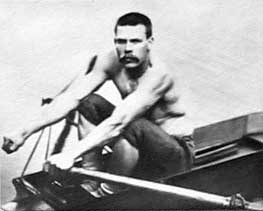 Hanlan won a rematch and the crowd was as big as turned out for the Championships win in 1884. The Grafton Rowing Club history states:

"Beach won the return match against Hanlan in 1885 with reports that there were gala scenes when Beach won, every pier and headland being black with people, and multitudes crowding into every available boat and steamer."

Hanlan was Canada's first international champion athlete and was revered in his country. A bronze monument was erected outside the Toronto Marine Museum to commemorate his achievements. He became a Toronto alderman and remained in this office until his death in 1908. 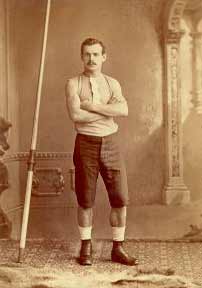 This match was easily won by Beach. 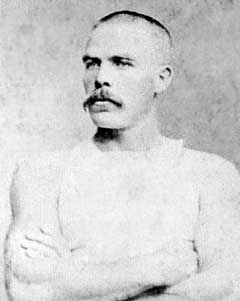 30.3.86 — W A Barry of London gave Ross 5 secs start from Scotswood Suspension Bridge to the west side of Redbough Bridge £50 aside. It was only 5 weeks ago Barry failed to give A Stephenson (NZ) 3 secs start over the same course. (Stephenson 11 years older than Barry.) Stephenson was never caught and won easily by 3 lengths. Ross had been Stephenson's trial horse and his party soon accommodate Barry as they reckoned they had a good line to go by (Ross was 3 or 4 years older than Stephenson).

Ross was a good performer — started at 17 years of age, met all the best known scullers in the World since 1877 including Hanlan of Toronto (to whom Ross had to strike his colours 4 times in matches) and also in the final of the Scullers Race at the Watkins (New York) Regatta — Edward Trickett of Sydney NSW whom he defeated at the second attempt (a foul occurring the first time).

In the final heat of the Hop Bitters Contest he was beaten by Elias Laycock of Sydney NSW. On September 25 1886, he was easily beaten over the Thames course by William Beach the unbeaten Australian Champion.

Wallace Ross's first match in England was against Frank Emmett of Yarrow. Raced on the Thames. The Late Chas Bush was Ross's supporter and Emmett, who was defeated, was unfortunate in meeting such a good man as Ross was at that time.

On March 10th 1885 Ross easily defeated Bubear of Putney conceded him 10 secs over the Thames course for £200 aside. He easily defeated the Putney ex-champion of England for £200 and the Sportsman's Cup over the same course on February 13th 1888. This was Ross's last match previous to the one under notice.

Better weather could not possibly have been denied — a spring like atmosphere prevailed and the rays of the sun were tempered by a genial breeze from the south west. Ross had only taken 4 cuts at the water when Barry got the word to go.

At the East end of Scotswood Shipyard he was only a length and a half behind Ross. Both steered a good course and Ross still held 1 1/2 lengths lead at [indecipherable]. Just here Barry steered to the centre of the stream and opposite [indecipherable] ferry almost drew level. At the Red Paint works Barry was 2 lengths clear and he paddled in a winner... Time 17 mins 30 secs.