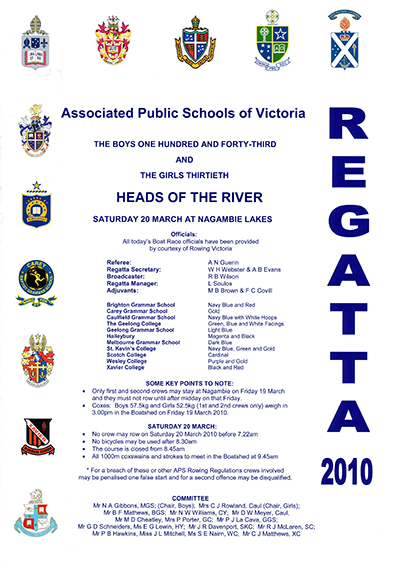 The APS report of the regatta was as follows:

The girls thirtieth and boys hundred and thirty- fourth Heads of the River was one of multiple wins in divisions at this, the tenth running of the regatta at Nagambie Lakes. The regatta crowd was the largest of those supporting school rowing in Victoria and it was a special day because the racing, the administration, officiating and weather all peaked at the right time.  Any one of these not functioning well can easily mar a regatta.  It was a perfect day for rowing and the organisation and officiating certainly matched what was on the water.

Scotch College won six of the seven boys eights over 2000m, Geelong Grammar all the open girls events whether over 2000 or 1000m and four out of the six year ten girls’ events with Carey Grammar taking out Div A and C of these year tens.  Melbourne Grammar won the top three year 9 boys eights whilst Caulfield Grammar won the top three year nine girls with Carey Grammar taking the other four.  Somewhere in these schools’ setup there must be an inspiring director or senior coach managing a particular segment of their school’s programme with great acumen.

Four of Scotch College’s wins in the 2000 eights established fastest times whilst Geelong Grammar’s girls in the Open Four did likewise.  The Geelong College Girls Second VIII in their preliminary shattered the previous best time by 21 secs, but rowed about 50 seconds slower in coming second to Geelong Grammar in their final, but kept their place in the record books intact.

It was an interesting entry with over 100 eights, 71 fours and 22 quads; yet no girl rowed in a quad nor any boy in a four.  The starters were kept busy during the early afternoon with an eight overturned three strokes out from the start and in the next race two broken riggers delayed the start for a long time.  The experienced officials handled each situation with assurance.  The wind freshened as the day wore on, but at no stage did it provide even a whiff of unfairness.  Six fastest times were established, a particular credit to five of those crews involved as they were competing as a slight head wind developed during the finals.

With this year’s win Scotch College now have six of the last seven Head of the Rivers including five in a row, a run which has only been exceeded by Geelong Grammar and Wesley College with six in much earlier times.  Geelong Grammar won the Girls Head making it four in a row, and are looking forward to two more to equal their run in the nineteen nineties.

Six fastest times were established at the 2010 regatta.

So the tenth visit to Nagambie Lakes was a great success!

President of the Jury : Andrew Guerin

The final stages of the Boys Head of the River

The final stages of the Girls Head of the River

Boys Head of the River 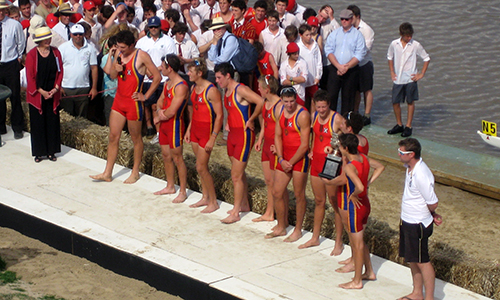 Melbourne Grammar after their win in the second eights

No time for fourth

Girls Head of the River 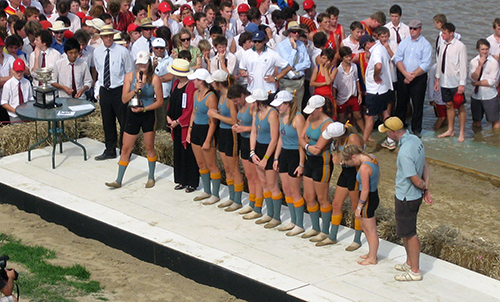