The thirty-sixth Head of the River returned to the Upper Yarra (down stream) and a two crew final on 10th October. Xavier College had the choice of course this year but were unrepresented, the choice passing to Wesley. The heats were conducted on 9th October. Wesley took the view that the Lower Yarra was insufficiently wide to carry four crews, a view not shared by the other schools.

Wesley College continued its run of six victories with an emphatic 4 length win over Scotch College.

Geelong Grammar finished second in their heat to Wesley by 1 1/4 lengths. 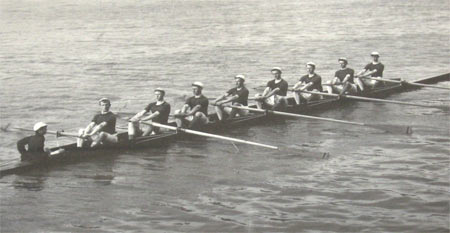 Wesley took the lead early and never surrended it. However it was a close race until the final stages when both the four and six men of the crew caught crabs which stopped the boat dead at this critical moment and despatched these two rowers into the water. Despite this mishap, Wesley had the race practically won before this occurred. The bank side critics rated this Wesley crew highly with some saying that it was the finest crew that had ever faced the starter in a Public Schools race. 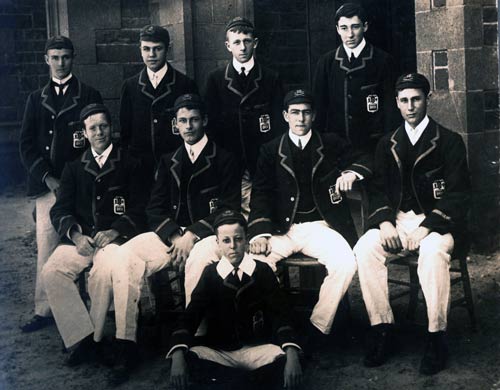 Heat results:
E1: 1st SC, 2nd MGS, Margin 2 lengths. Whilst both crews got away evenly, it did not take SC long to gain a lead which it held for the rest of the race.
E2: 1st WC, 2nd GGS, Margin: 1 1/4 lengths. This was a fine contest with the Geelong boys rowing better than anticipated by the bank side critics. Geelong had a slow start but quickly went to the lead having half a length by the quarter mile. Wesley worked their way back into the race with crews racing stroke for stroke together. Rounding the final bend, the Wesley crew spurted superbly to jump to the front and row away to a comfortable victory.