Gordon Sargood coached at Melbourne Grammar for the first time.

The Age repored as follows.

From the mill, Scotch’s lead was challenged by Geelong College, but the unruffled Cardinals maintained their perfect stroking to win in 4min 45 sec.

Although a brisk westerly and choppy water made the starter’s job difficult, the crews got away well, rating 38.

Scotch quickly went to a half-length lead. The three crews quickened their rating at the half mile post, and the powerful Scotch eight increased its lead slightly.

Approaching the mill, GGS made an effort, but could not maintain it. Geelong College began its sprint with a rating of 40 and forced the pace towards the finish, but could not catch Scotch.

Scotch won by one-third of a length to Geelong College, with Geelong Grammar 1 ¾ lengths farther back. Time 4 min 45 sec. 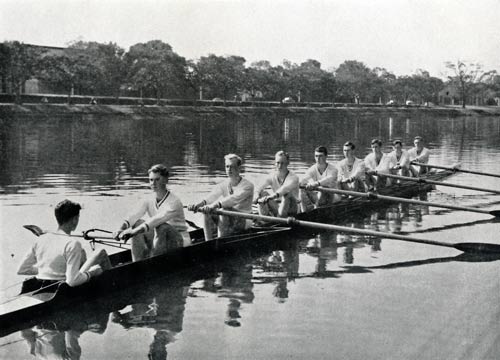 The heats were reported by The Age as follows.

Scotch took the lead soon after the start. At the ¼ mile mark Scotch was a third of a length in front, and increased the distance at the half-mile post. Wesley made a valiant attempt just before the Mill, but could not make any impression.

MGS, with short stroking, fought for an early lead, but the clean, long-stroking Geelong eight went to a half-length advantage before the half-mile post. This lead was lengthened before the finish.

Geelong Grammar shot to a half-length lead in the first 200 yards. Xavier reduced the distance slowly but was straining to keep up.
Towards the half-mile post Xavier had tired and fallen one and a quarter lengths behind. The Grammar crew maintained its pace to the finish. 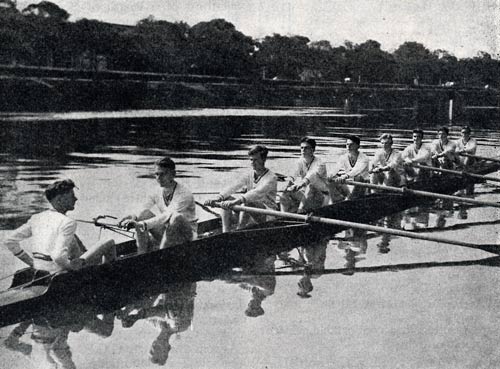