The finals of the seventy-eighth Head of the River were conducted on the Barwon and Melbourne Grammar was to be successful. The heats however were held on the Upper Yarra. A very light head breeze prevailed but had nom bearing on the result. A poor crowd of about 5,000 spectators were present, mostly from Geelong.

The cox of the winning Melbourne crew, Gordon Sargood, was to become a master at that school and long time Melbourne first crew coach. As was the six man of the Geelong College crew, Donald Macmillan, to be a long serving first crew coach, but not at Geelong, at Scotch. The annual Scotch College supporters luncheon is named in his honour.

The first and second crews raced at the Head of the River regatta whilst the junior raced seperately.

Starters: H J Green (on the Yarra) and H Markin (on the Barwon)

Judges: H T James (on the Yarra) and T S Barnfather and Lewis Hirst (on the Barwon) 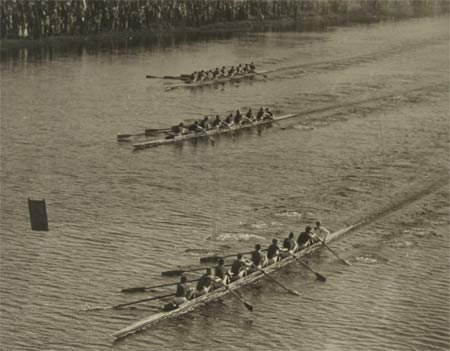 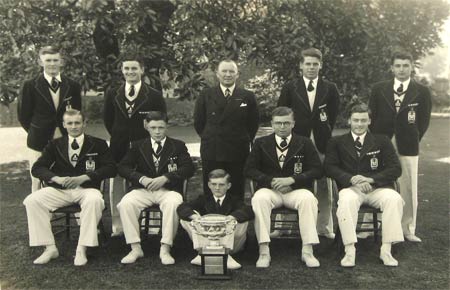 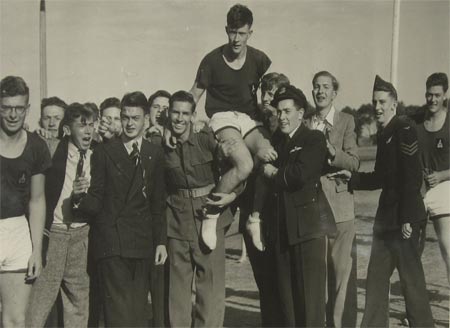 The favourites were Geelong College but Melbourne Granmmar prevailed in a great race and in the end comfortably.

The Argus reported on the final in this manner:

There was a very slight headwind against the crews, but otherwise rowing conditions were all that could be desired. The crews were sent away to an even start, from which MGS, striking 36, forced its bow in front in the first 50 yards. The order at the end of the first ¼ was MGS, a ¼ of a length to Geelong College, with Wesley a similar distance away in third place. Racing to the half mile Grammar’s powerful swing and leg drive took it farther ahead. The half was reached in 2 min 24 sec, the margins being Grammar two-thirds of a length from Geelong College, Wesley a length further back. Thereafter Grammar was never in danger, and, swinging splendidly to the finish, won by a length and a ¼, with Wesley a similar distance away in third place. Time 5min 9.4sec.

The losers final was described as A great race, Scotch challenging desperately to the end. One length, two lengths. 5 min 20sec.

After a delay of nearly 15 minutes caused by a loose bolt on one of Xavier’s outriggers the crews got away to an even start and raced bow and bow to Anderson street bridge. Wesley, settling down the better, then led by half a length at the half mile. It was increased in the Henley straight, where Xavier lost some ground through an error in steering. Wesley won by 1 ½ lengths in 5min 4sec.

Scotch, rowing the faster stroke, jumped into the lead immediately, but lost it when Grammar settled down on the run to the bridge. Thereafter Grammar’s more effective work through the water, backed by a powerful leg drive and an easy, even recovery, took them farther ahead. The wining margin was 1 ¾ lengths in 4min 56 ¾ sec.

Grammar got away to a good start. College, more ragged, stroked slightly the faster, but did not cover the same water. Grammar, still rowing strongly at the half mile, led by half a length. College then settled down to fine rowing and steadily overhauled Grammar to lead at the Latrobe Terrace. Grammar, using plenty of weight, again drew ahead, but College lengthened the stroke and won a well fought race by a third of a canvas in 5min 9 sec.

The Argus described the final: Through being taken too far in towards the south bank, Wesley lost ground at a critical stage, and was beaten by 2ft in a most exciting finish. Scotch was half a length away. 2 min 46 sec. 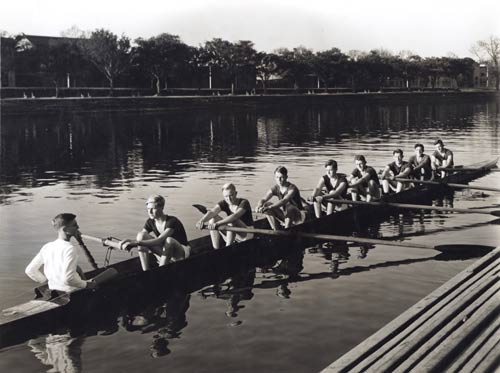 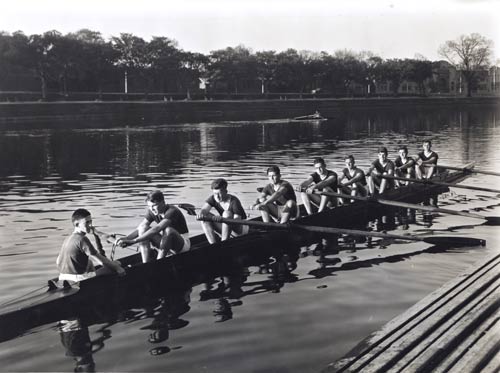 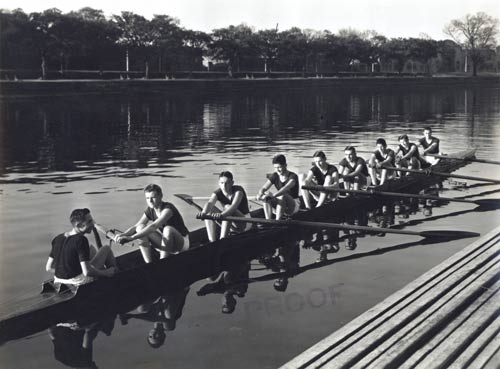 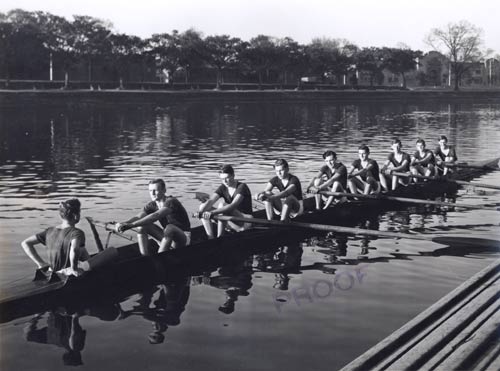 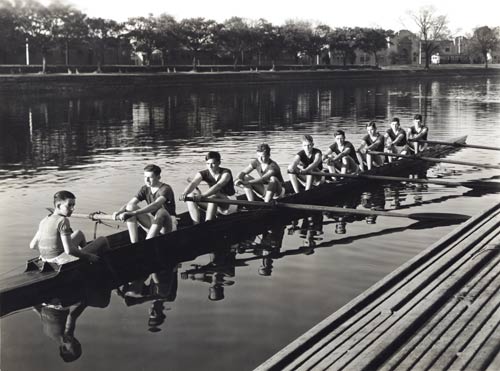 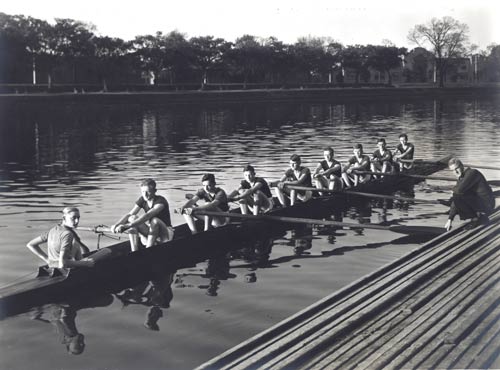