This was a year of great note as the schools changed their boats to outrigger fours with sliding seats. Previously they had used string test gigs with fixed seats. This new equipment is largely the same as is used today.

The thirty-first Head of the River was conducted on the Barwon on 5th & 6th October and a two crew final was required. The move to October was as a result of crews having insufficient time to prepare crews by May. This arrangement contibued until 1909 when the date returned to May.

Geelong Grammar won in what was the last win for that school until 1914.

Scotch College gained a new coach, the great Alex Sloan. A B Sloan coached 20 crews from 1898 to 1909 and from 1918 to 1925. His crews won seven times including the famous dead heat of 1919. He was a great rower stroking many Victorian crews. His family continued the tradition with his grand child of the same name, racing for Scotch, Victoria and Australia. 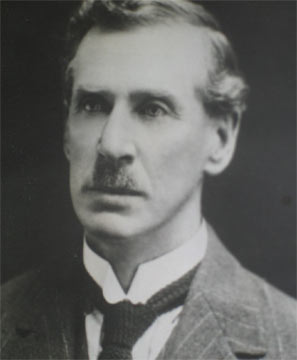 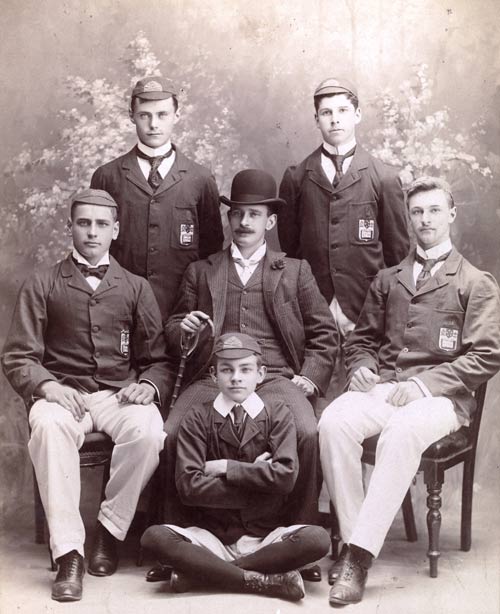 The account of the final is provided by The Argus.

The weather was not agreeable, for though there was very little rain a strong wind blew down the stream, making water very lumpy. The Geelong boat was on the south side, and at the word “go” gained a slight advantage, which the Melburnians soon deprived them of. Gradually the visitors gained, and enjoyed a slight lead for half a mile, after which the boats were level for another ¼ of a mile. The brought the crews to the turn which favours the south side somewhat, and the chance of the Melbourne crews at this point was absolutely lost by a bad crab in the boat. Geelong went ahead, and won by four lengths in 6 min 56 sec.

The Argus gave the following account of the heats.

The preliminary heats of the annual four-oared races between the Public Schools’ first crews were rowed off yesterday afternoon on the Barwon.

Scotch College got away at the start, and led to the mills by about a length, when No.3 caught a crab, and Geelong drew up. The Caledonians went away again, and had gained a lead of half a length at the bridge, when stroke caught a crab, and the light blues passed them, and won by a length and ¾ in a very fast 6 min 50 sec.

The crews rowed side by side at Pakington-street, when the dark blues gained a slight advantage, and at the mills led by half a length. This advantage they maintained to the shed, when the leaders went away very fast, and won easily by two and a half lengths. Time 7 min 5 sec.

(This was not conducted at the Head of the River regatta but on Albert Park Lake on 20th May.)

The Argus reported the race in the following manner.

The annual four-oared race between the second crews of the public schools was rowed yesterday on the Albert-Park Lagoon, over a mile course”

The boats were at the post by 4.10pm, and with but little delay were sent away on their journey. Wesley, with a fast, scrappy stroke, jumped off with a lead of a canvas from Geelong, who were soon a length and a half ahead of the dark blues. This order was maintained for about a furlong, when the light blues began to overhaul the leader, and gradually passed them. Melbourne had not, up to this point, made up any of their leeway, but just as the open water was reached they began to come up, and were catching Wesley stroke by stroke when two in the Wesley crew caught a crab, and his crew stopped. The race was thenceforth a dual between the two grammar schools, and it looked as though the Melburnians would get up, but Whitehead responded with a fine spurt, and, finishing gamely, landed the light blue flag first past the judge by a length and 2ft, Wesley were 10 lengths away. Time 5 min 40 2-5th sec.