The twenty-ninth Head of the River was the second win for Wesley College in this event.

The race was held on the Upper Yarra requiring a two crew final on 15th & 16th May. 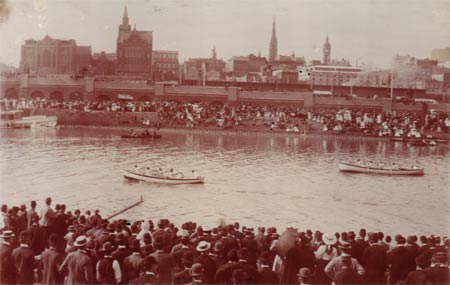 It is not known whether this was an APS Head of the River Race but is likely to be so
From the Lindblade Collection, Mercantile Rowing Club

The 29th annual fours between crews from the public schools was concluded Saturday afternoon on the Upper Yarra course.

Getting away well together, Geelong commenced to forge ahead and soon were a length to the good. Passing Brander’s Ferry they had increased this advantage to a length and a half. Gradually however, Wesley, rowing a plucky race, began to make up their lost ground, and on reaching the last bend, were nearly on level terms. Swinging well round the deep bend, the Wesley boat got nearly a length ahead, and, outstaying the Grammar, won an exciting race by a length. 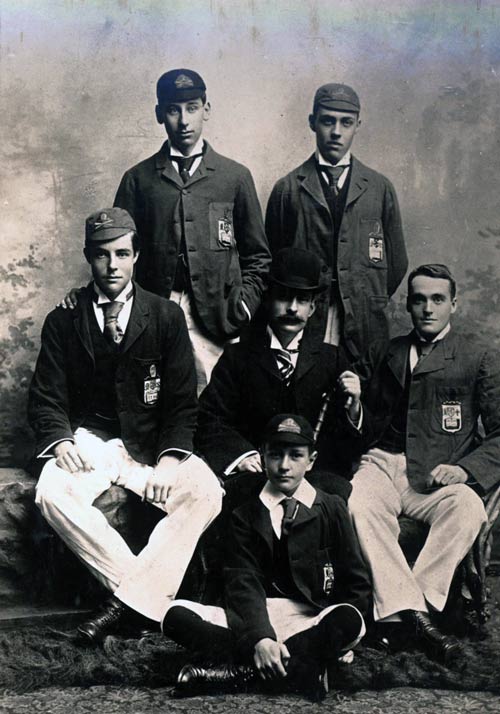 In the first few hundred yards Geelong gained a slight advantage, and then the corner helped Scotch to get in front, but the Geelong kept a patient, long stroke, waiting for their corner. The Scotch had gained nearly two lengths, but Mr. Fairbairn called on the Geelong boys for their effort, and they responded, turning the corner well ahead, and finished strongly four lengths in front.

The Wesley, on the south side, gained at every stroke and before Brander’s ferry was reached were four lengths ahead. Their rowing became rather slovenly here, and stroke caught a bad crab, which permitted the Grammar crew to make up over a length. The Wesley were soon underway again, and were five lengths ahead at the Baths corner. Their boat was almost dead slow turning the sharp angle and Melbourne shot up within a couple of lengths but only to fall away again. Wesley won by four lengths.

A winning oar on display in the Wesley boatshed

(This was not raced at the Head of the River regatta but on Albert Park Lake on 9th October 1896.)

The Argus reported this race as follows:

Geelong was on the western station, Wesley in the centre, and Melbourne on the extreme outside. The dark blues got the best of the start, and went away in the lead, Wesley were soon dropping astern. At the first Island, Geelong were clear of Wesley, but were about ¾ of a length behind the Melburnians, Geelong gradually drew on the leaders, until at Pagoda Island the boats were almost level. As they emerged into the open water near South Melbourne, the dark and light blues were neck and neck, and rowed stroke for stroke for some distance. The superior condition of the Geelong boys enabled them to stay longer , and, coming away in the last 100 yards, they passed the judge ¾ of a length to the good; Wesley college, beaten off, about six lengths behind. Time 5 min 15 sec.