The move to the Barwon was made to overcome the crowd control issues of past years. The crowd was reduced to only 15,000 people and well behaved. The heats for the eighty-first Head of the River were conducted on Friday 16th May and the finals were conducted on the next day.

The Fairbairn Cup was again presented on the day to the winning stroke, Brian Doyle of the Xavier crew. The race was a worthy contest with Melbourne Grammar starting the best. Xavier fought back to level by the half mile. However the Xavierians suffered a shipwreck and allowed the Melbourne crew to get a 1/2 length advantage. After the crew settled, Doyle decided that it was now or never and called for a push. This worked well and they moved back to level. The effort was beautiful and allowed Xavier to then push away to win by 3/4 length. Geelong College were a further 1/2 length back.

Sadly, this was to be the last Xavier victory until 1999.

The Argus reported on the final as follows:

In splendid conditions, with a light southerly just rippling the water, the three crews – MGS (north bank), Geelong College (centre), and Xavier (south) – dashed away to a perfectly even start and raced for the first 200 yards with bows level.

Then MGS, rowing with fine length and great vigor, forged ahead slightly, with Xavier and Geelong College still together. As they neared the half-mile MGS still had about a ¼ length advantage over Xavier, and Geelong College had dropped back slightly.

As they passed the half-mile the Xavier boat suddenly rolled to bow side, three of the blades on stroke side all but missed the water, and for two or three strokes the crew floundered.

It was a fatal situation that could have been fatal to Xavier’s chances, for MGS quickened and puled out to a lead of one-third of a length. Then Brian Doyle, Xavier stroke, with the coolness of a veteran, rallied his crew, and gave them a chance to settle down, then called for a dozen. The response was wonderful.

To the ¾ mile it was a stern chase after MGS. Geelong College was beaten off. Little by little Xavier crept up until with only 100 yards the boats were level. MGS sprinted, and Xavier responded by raising its striking rate, and hit the front. Another desperate challenge by MGS – its last – was fought off, and amid the roar of 15,000 spectators, Xavier went on to win by ¾ of a length from MGS, with Geelong College half a length farther back. Time was 5min 6sec. 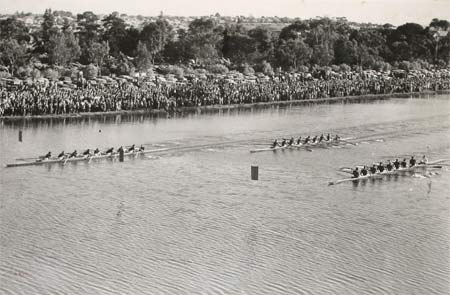 The finish of the Head of the River 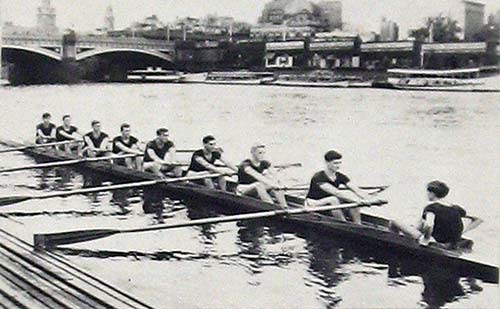 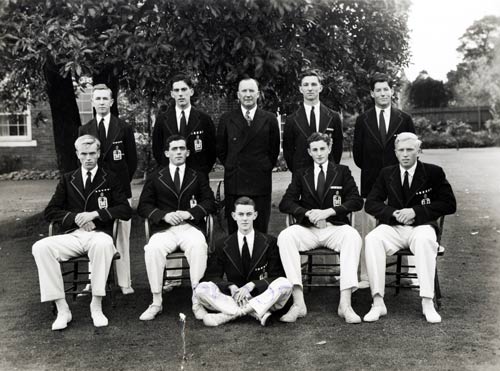 Heat results:
E1: 1st XC, 2nd WC, Margin: 1/4 length, Time: 5:01.2
E2: 1st MGS, 2nd GGS, Margin: 1/2 length, Time: 5:02.2
The two heaviest crews – Melbourne Grammar and Geelong Grammar – met in a thrilling second heat. The Dark Blues established an early lead, and rowed with telling smoothness and power. They were never head, and although repeatedly challenged by Geelong Grammar, unleashed a typical “Ricketts” sprint over the last 200 yards, and won by a third of a length.
E3: 1st GC, 2nd SC - SC withdrew during the race after equipment failure.
Racing with plenty of dash and holding a slight lead 25 seconds after the start of the third heat of the Head of the River contest on the Barwon yesterday, Scotch College, the favorites, ceased rowing when No. 4 lost his seat. Geelong College had no opposition, and paddled home for a solo victory. 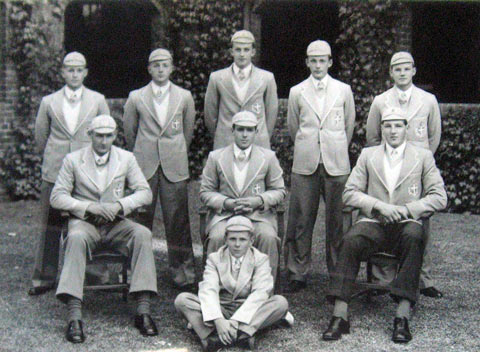 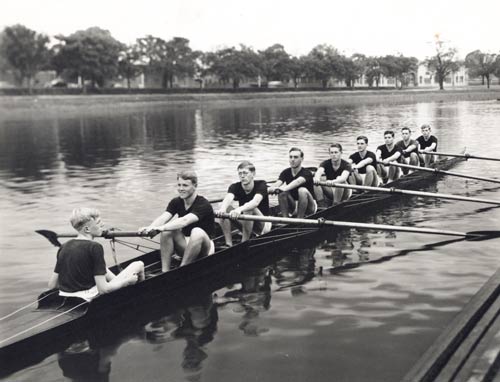 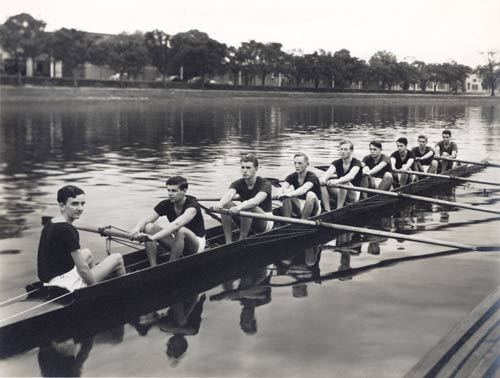