The fifteenth Head of the River was conducted on 12th and 13th May 1882 on the Upper Yarra.

The race was tight with less than a length separating the crews with most of the margin coming in the last part of the race.

Geelong Grammar took the honours in both the first and second crews. 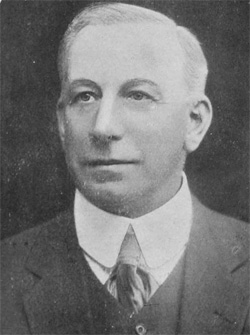 The Argus reviewed the final as follows.

After a little trouble, Mr. Carlile got the crews off to a very fair start, the Scotch College having the north station, and the Geelong the south. The Geelong immediately began to draw ahead, and before turning the bend at the pontoon sheds were three-quarters of a length in advance, rowing, as usual, in very good form, the Scotch gamely following up. In the long reach the Geelong slowly increased their lead, and at Brander’s ferry were leading by two lengths, and before coming to paths corner made it nearly three lengths. The Scotch College, having the advantage of the north side, now drew up, and on rounding the baths appeared barely a length behind. Coming into the straight reach home, they made a plucky and hard struggle, and gradually lessened their opponents lead to a few feet. The Geelong, hard pushed, then livened up, and made the pace very fast, winning a splendid race by half a length.

The Argus offered the following description of the heats.

Mr. Carlile got the crews off to a very even start. After a few strokes the Geelong began to forge ahead, and when passing the pontoon sheds had half a length to the good. This distance was slowly increased up to Brander’s ferry, when the Geelong were three lengths ahead; coming round the bend to the pump, the Wesley College made a game effort, and decreased the lead by half a length. Rounding the baths corner, the advantage of having the north station brought the Geelong crew, as they came into the straight-reach to the Botanical Bridge, fully four lengths ahead. From this the Geelong had the race well in hand, and came in winners by about five lengths.

Owing to the impatience of the college to get off, Mr. Carlile had some difficulty in sending the crews away. At the start the college appeared a little in front, and going away with a great rush, gained a slight lead. The Grammar school, rowing a quick and steady stroke, soon came up, and an exciting race ensued. At the pontoon sheds the boats were exactly even. After rounding this corner the Grammar School slowly drew away until their boat was about a third of a length in advance. This lead they maintained for nearly a ¼ of a mile, when amidst the greatest excitement and uproar from those on the banks, the College began to creep up and overhaul the School, and passing Brander’s ferry were leading by two lengths. The Grammar School now showed signs of distress, but held on in no way discouraged. Passing the baths, as in the first race, the crew on the north side gained considerably, and Scotch College won a hard-fought race by five lengths.

The Australasian reported on the final as follows:

At the word “go” both crews caught the water at the same instant, but the Wesley College soon led, and in the first hundred yards’ spurt had gained half a length. Coming up to Brander’s Ferry the Geelong began to creep up, and made up stroke by stroke, and half-way to the pontoon sheds were about three quarters of a length ahead, both crews rowing well. Rounding the pontoon corner the Wesley gained a little, but the Geelong again drew away until they had almost a length to the good. Down the last reach to the winning post, the race was very fast, but no alteration took place in the position, the Geelong passing the post first, with the nose of the Wesley boat just overlapping their rudder.

An excellent race, both crews keeping together to the last bend, where Wesley forged ahead and won by three quarters of a length.

This race resulted in an easy win for Geelong, who were much more powerful than their opponents; the visitors led throughout, and won by about two lengths.