The thirty-seventh Head of the River was raced on the Upper Yarra with a two crew final. The race was a lot closer than the last with only a length separating the two crews.

The heats were conducted on 14th October and the final on the 15th October. 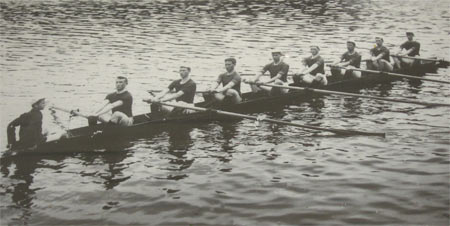 The Age reported the final as follows:

The course was the same as the preliminary heats of the previous afternoon were rowed upon, viz., (From the Botanical Gardens to the Prince’s bridge).
….
The Geelong boys again secured admiration of the rowing critics by the excellent “form” they displayed to the starting line, and also in the race, for though defeated they could fairly claim it was not superior skill on the part of their rivals, but superior strength and experience that they were beaten.

…The average weight of the members of the Wesley Crew exceeded that of the Geelong boys by 20lbs., a heavy handicap in rowing, in which weight means strength if applied properly.

A good start was effected by Mr. T. Davies, and after a few strokes the Wesley Crew began to forge ahead, but the Geelong boys were not to be shaken off, for rowing clean and well they were not more than half a length astern when half a mile had been rowed. At this stage of the race the Wesley Cox steered badly, almost closing in upon the course of the rival crew, and narrowly escaping a collision. The Geelong boys gave a way a little, and the Wesley crew returned to their proper course.

Nearing the bend in front of the Engineer’s reserve the Wesley crew was not much more than a quarter of a length ahead, and the supporters of the Geelong crew were hopeful that their favourites would, aided by their position on the south side, be able to gain the lead and win, but the strength of the Wesley Crew prevailed, for after rounding the turn they added to their lead, and secured the honour of “Head of the River” by as previously stated just one length. 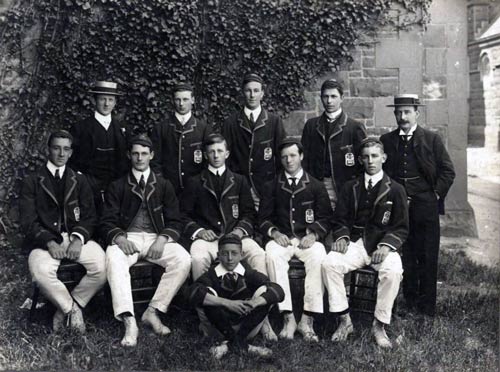 The Argus reported the heats as follows:

The Preliminary Heats in the public schools annual eight-oared boat race were rowed on the Upper-Yarra yesterday. There was a large attendance of spectators on both banks near the Prince’s Bridge, near which the winning post was placed. There were two heats, and each was followed by a large crowd of pedestrians, cyclists and drags.

The first heat was between Scotch College and Geelong Grammar, the former having the South Station, with its advantage in the final bend. Scotch College jumped off with the lead, and, rowing without fault, approached the final turn with a lead of a third of a length. Despite the handicap of the outside station, Geelong gradually drew level, the Scotch Collegians rowing became dragged. A great race down the straight resulted in a win for Geelong Grammar School by the length of the canvas. The time was 6mins 12secs.

Wesley College, with their fine physique and great weight, were decided favourites for the second heat, but their smaller rivals rowed a very plucky race. Melbourne Grammar School had the north station, and, jumping off with the lead, had a third of a length advantage round the first bend. They were rowing well and cleanly, but Wesley gradually wore them down before the final bend, which favours the boat on the south side. As soon as the boats turned into the straight, Wesley had a lead of half a length, and though the Dark Blues rowed it out, Wesley won by a clear length. Time 6 mins 19 secs.