Geelong Grammar continues their good fortune with a sound win over Melbourne Grammar. The weather for the eighty-seventh Head of the River was good with warm sunshine and a 30,000 crowd.

There were a number of issues for the big race. Firstly, Xavier's rudder was damaged upon launching and required replacement. Xavier were then blown against the bank in the strong southerly and had to be moved into position by officials.

The Age report on the final follows.

Geelong Grammar, the heaviest crew in the race, rowed with great power for a schoolboy eight, and showed more strength than its opponents over the closing stages.

Xavier left its shed for the start late because of a fault in the rudder, but the race was started almost on time.

Xavier was quickest to settle down and stroking cleanly, led slightly from Geelong Grammar, with MGS close at hand.

After 200 yards, Xavier and Geelong were on level terms. Xavier, driving hard, again went to the front with a ¼ of the course covered, but only a few feet separated the three crews.

Geelong Grammar was half a canvas ahead of Xavier after the first half mile, which was rowed in 2min 20sec. With a third of a mile to go, MGS, which had challenged the other two crews all the way, dropped back a little and it was obvious that the Light Blues and Xavier would fight out the finish.

Geelong Grammar increased its lead with hard driving and a slightly faster rating, but Xavier fought back strongly. Xavier’s crew fought vigorously over the closing stages but could not make any impression on the more powerful Geelong eight. 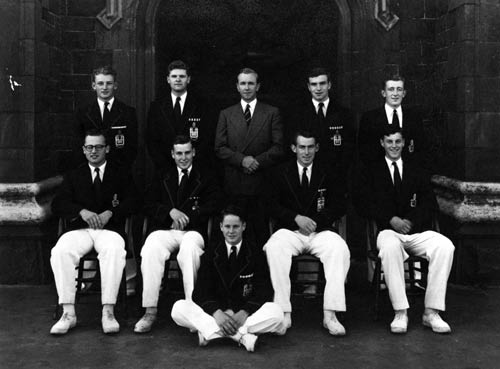 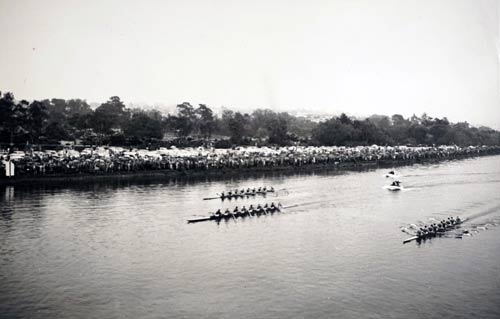 Finish of the Losers Final 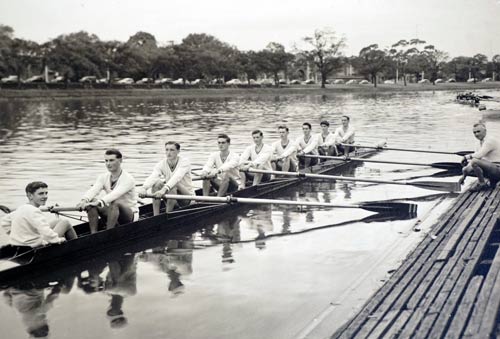 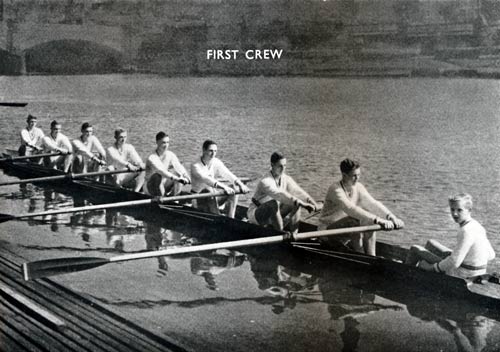 The Argus reported as follows on the heats.

The only surprise [of the day] was Xavier’s one-length, all-the-way, lead from the quarter mile to win over Geelong College in 4min 48sec.

MGS was hard pressed to win by half a length from Scotch which also raced above its training form and finished only half a length behind the Dark Blues. Time for this heat was 4min 53sec.

It was anticipated that the meeting of Geelong Grammar and Wesley would provide the “heat of the day”, and so it proved. Though Geelong Grammar had a stern chase from the start to within 300 yards of the finish, its splendidly powerful rowing in an exceptionally long sprint cut down Wesley’s lead at every stroke.

As the two boats neared the line, Geelong Grammar was travelling two yards to every one by Wesley.
Geelong Grammar’s time, 4min 44.5sec, was 7.5sec slower than the course record, made by this school’s crew when it defeated MGS last year. Grammar won by ½ a length. 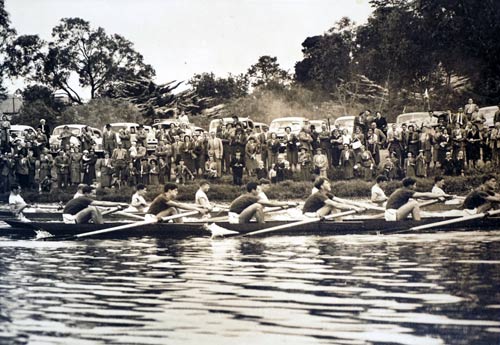 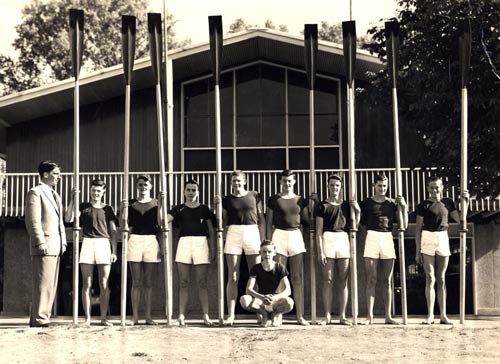