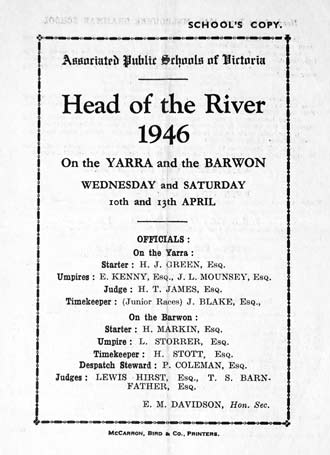 The seventy-ninth Head of the River returned to the Upper Yarra with Scotch winning by a narrow margin from Geelong College.

Cahrlie Saleh from Geelong College fame coached the Scotch crew for the first time and the Xavier crew was stroked by Clive Bailey who was to coach the Xavierian crews in later years. Brian Doyle was bow in the Xavier crew as a 15 year old. Brian went onto stroke a winning Xavier crew in 1948, stroke an Australian eight to a bronze medal at the Olympic Games and also coach future Xavier crews.

Also coxing the Wesley second crew was Bob Duncan who went onto to be the starter the Head of the River from 1961 until his retirement in 2000.

The third crews joined the Head of the River regatta this year. 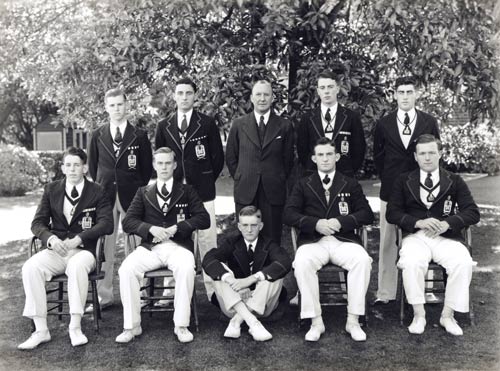 When Mr. H. Green, the starter, sent the three chosen crews, Geelong Grammar (north station), Melbourne Grammar (centre), and Scotch College (south), the favourites, off to a good start, the wing and swift stream were in their favor. Scotch raced off with the style of veterans, at the high rate of 40, to immediately snatch a lead from MGS and Geelong College, which had been outgeneraled by the dashing Scotch eight, and were not as “lively” as usual.

Quickly into their length and stroked superbly by W. G. Phillip, Scotch boys led to the bridge by half a length from Grammar, with the Geelong a half length further back. The Scotch cox on the intriguing south side, steered to save his crew all the distance possible, and did a clever job.

At that stage the Geelong blade work was faulty, and later led to disaster. Gathering themselves together, the Geelong boys unwound a magnificent burst, Barrett quickened for a heartening response form his crew and it was wonderful to see the frail racing craft pass MGS and actually head Scotch just before approaching the big bend.

It was an amazing special sprint, but in that turn for the straight Geelong went a shade wide, and it was there that blade work was bad and an oarsman crabbed. Scotch then rowed on to a half-length lead, and appeared a certainty for the race, while racing well at a comfortable rate.

Suddenly it was seen that Geelong College had staged a marvelous comeback, and the lads in green challenged with grim determination as they swung together with a determined, powerful catch and leg drive.

Halfway up the Henley staging Scotch led only by a canvas, and the race provoked wild excitement. Geelong actually raised its rate of striking and was just about on level terms with Scotch, with MGS a length further back, when Scotch came again and landed the win, to tremendous cheering by three feet, with MGS 1 ½ lengths away in third. Time: 4 min 47.4 sec.

Scotch maintained a long steady stroke of not more than 36 to the minute right to the end of the race, and, rowing with precision, gave Xavier no chance to settle down. With only 100 yards covered, Scotch led by one-third of a length, and at the turn were two lengths clear.

A desperate effort by Xavier about 200 yards from the finish only shortened the stroke and encouraged splashing. Scotch went on to win by 3 and a half lengths in 4min 41.8 sec.

In the second heat MGS and Wesley staged one of the most exciting races for years. Wesley raced into the straight a length and a half ahead of the Grammar boys, who, however, were unperturbed, and made no attempt to shorten their stroke. This was in marked contrast to teams in the junior eights

About 400 yards from home the two crews were racing neck and neck. Grammar, then Wesley drawing slightly to the lead. With a final effort, Grammar won on the last stroke by only 3ft. Time: 5 min 2 sec.

Rowing easily at the finish, Geelong College defeated Geelong Grammar by 1 ½ lengths. The time of 4min 55.6 sec was the fastest recorded by College on the course. Geelong Grammar moved away to a cleaner start, striking at 40 and gaining a slight advantage over College. Then College, rowing with more vigor, assumed the lead, which was never lost.

At Pakington Street, College was 1 ¼ lengths clear and was lengthening the stroke. Grammar challenged strongly and reduced the lead, but it was a dying effort which failed to make any appreciable effect on College. 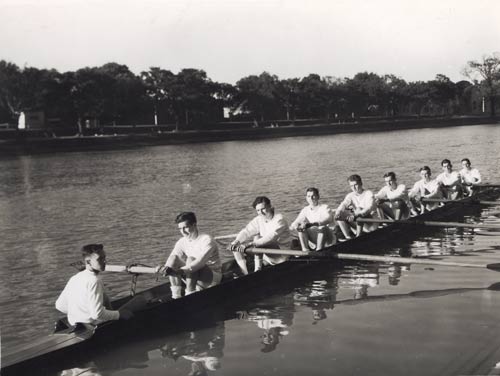 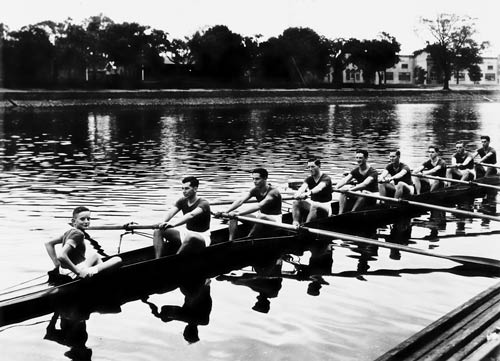 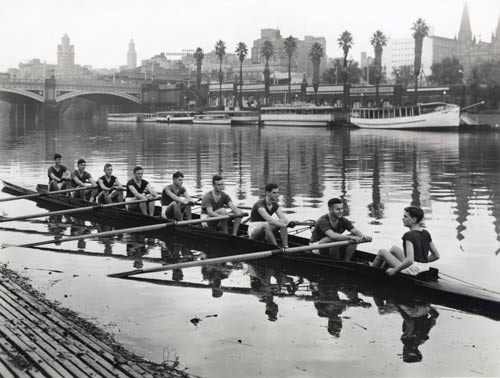 (These races were conducted on the Barwon for the Geelong crews and on the Upper Yarra for the Melbourne crews. The Geelong and Melbourne crews did not race each other nor did they race on the finals day.) 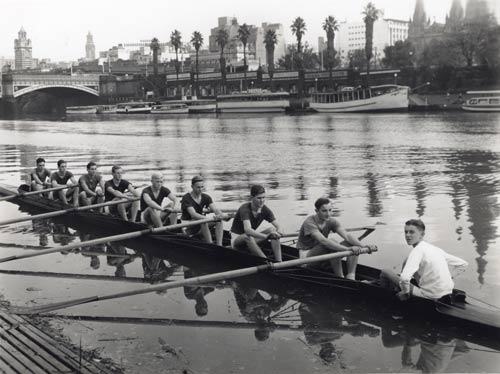 (This race was conducted amongst Melbourne crews only and raced on 10th April on the Upper Yarra.) 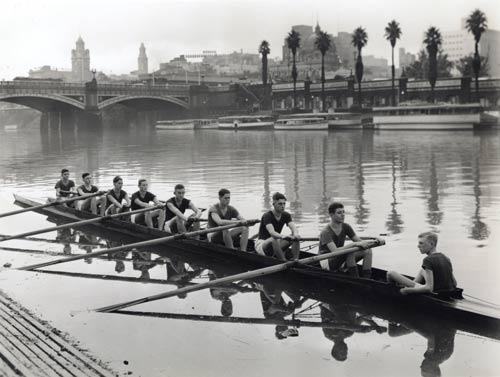