The thirty-third Head of the River was the last of the four oared races.

The race was conducted on the new Upper Yarra course on 12th October and for the first time with a four crew first and final.

The Scotch crew led from the start and were steered well. The Wesley cox did not steer so well but it only impacted the margin, not the result.

The MGS crew contained Stanley Bruce, future Prime Minister of Australia. He was Captain of rowing, football and cricket in his final year. 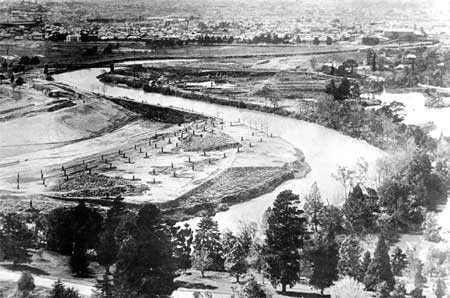 This picture of the river improvements under construction in about 1896

The new course of the river can be seen from the middle of the left hand side.
From the Lindblade Collection, Mercantile Rowing Club 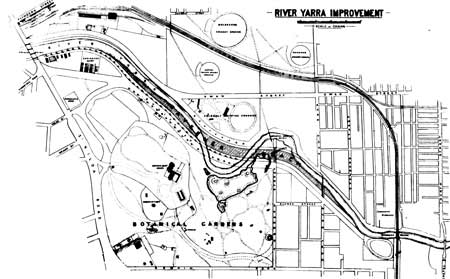 A map of the River Improvements 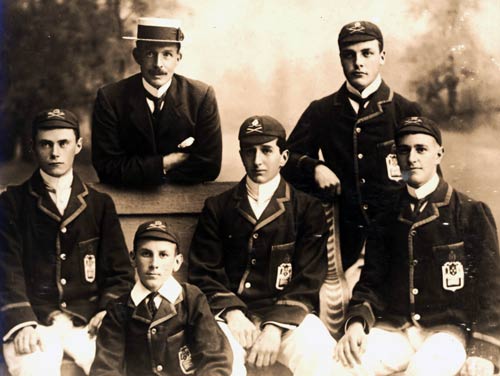 The Argus reported as follows:
Mr. H. A. C. Irving (starter) lost little time in getting the boats away, Melbourne Grammar School were on the south side, Geelong Grammar School and Scotch College next, with Wesley on the north station. Scotch College got the worst of the start, but both Wesley and Scotch Colleges soon took the lead, and at the end of the first 50 yards were together, a length ahead of their rivals. Wesley had the benefit of the first turn, but their coxswain in trying to make the best use of his station kept too close to the bank, and both bow and No. 3's oars touched the bank, and a crab was caught. Scotch College thus gained half a length, and rowing very strongly, maintained their lead, and gradually increasing it won by four lengths. Wesley stopped rowing just before the finish, but resuming just beat Melbourne Grammar School, who were a length head of Geelong. The winners, who were heartily cheered at the finish, were coached by Mr. A. B. Sloan, captain of the Mercantile Club.

(This was not conducted at the Head of the River regatta but on 18th May on the Barwon.) 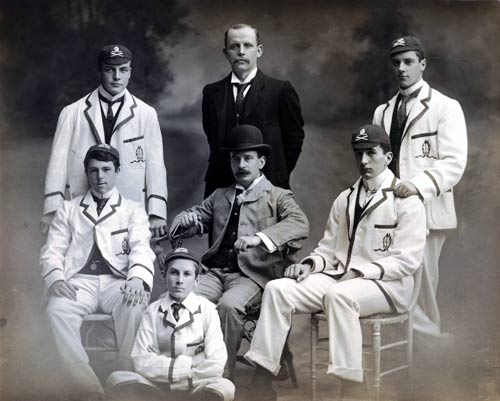 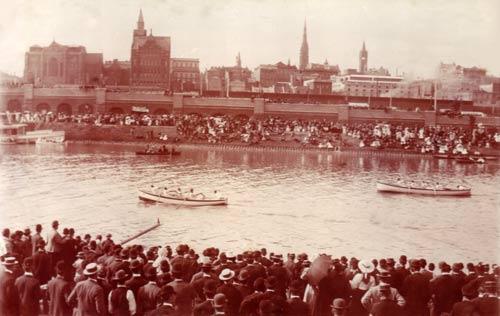 Thought to be the final of the 1900 Second crews