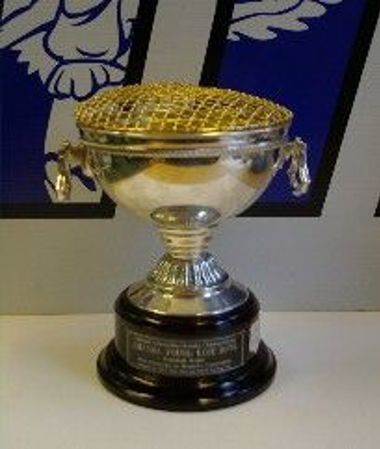 The Australian University Games web site provides the following information on this trophy:

Amanda Young was a member of the University of Western Australia Women's Eight crew. She competed at the 1997 Australian University Championship for Rowing in Penrith (hosted by UNSW). The day after the end of the Championship, one of the UNSW girls became ill with meningococcal meningitis (A deadly type of infection that poisons the blood. It is spread through mouth-to-mouth transmission).

Some of the rowers at the AUC were notified and were vaccinated against the disease. A week later Amanda contracted a severe case of meningococcal, and tragically she died less than 24 hours later, aged only 18. She had competed at the WA State Championships only the day before her death.

Awarded for the Overall Women's Championship