This was the first of four straight wins pre WWI for Melbourne but the margin was small - 1 1/2 lengths from Sydney. The race was conducted over a 3 mile course on 10th June 1911. 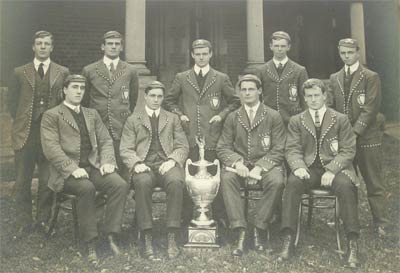