Again the Sydney crew were pushed but won by a margin of 2 lengths over the 3 mile course at Port Adelaide. The Sydney crew was highly regarded having finished second in the NSW Championship eights. The Melbourne crew was less experienced and regarded "practically as a maiden crew" but performed very well. The Adelaide crew also raced well but were outclassed.

The Melbourne crew led early with a half length lead for the first mile. Sydney then made their move taking Melbourne and then never losing their lead thereafter. They led by a length for most of the race with all crews "stubbornly competing". The Sydney crew's margin extended in the last part of the race to a length and a quarter.

The Sydney crew contained coxswain Robert Waley and the Melbourne crew contained Harry Ross Soden and Simon Fraser who were to row in the 1912 Olympic eight. 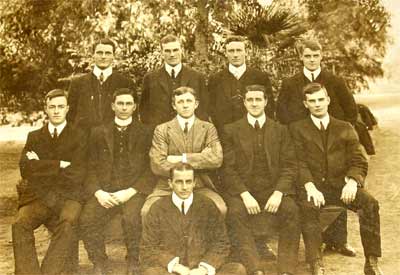