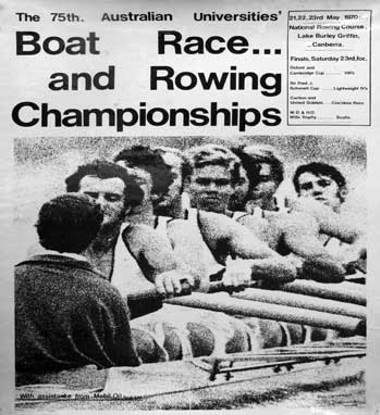 The men's Championships were conducted on 21st to 23rd May 1970 with heats on 21st, repechages on 22nd and finals on 23rd. All men's races were conducted over 2000 metres from the Basin towards Parliament House under the bridge and women's over 1000 metres. No women's sculling event was conducted.

Melbourne University won both the men's eight and men's lightweight four which enabled them to boast of 5 wins in each event over the past seven Championships.

The Governor-General Sir Paul Hasluck presented the trophies to the winners. 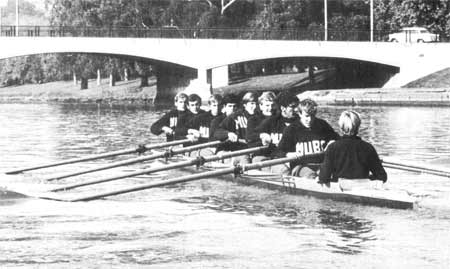 Melbourne University in Training on the Yarra River