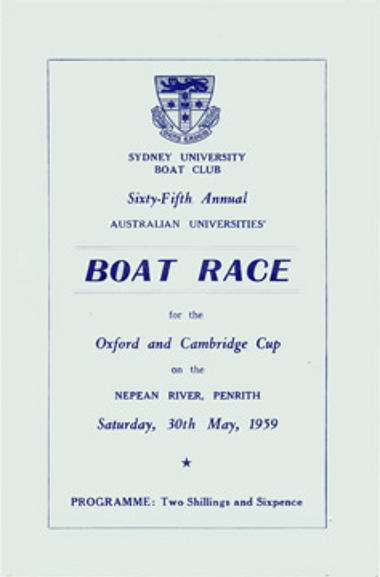 The Championships were conducted on the Nepean River on 30th May on the 3 mile course with a close finish. It was a first and final.

The centenary year of Melbourne University Boat Club did not produce a victory. Queensland University won for the second time in succession and for the fourth time ever to this point.

There were three entries in the sculls although the margin was large. The course length for the sculls was one and half miles.