After 5 losses in succession, Melbourne broke the drought with a 5 length win on their home course over 3 miles. Sydney was second and Adelaide did not compete. However W H Gosse, the well regarded stroke of the Adelaide crew in 1895-97 years inclusive, stroked the Melbourne crew this year.

The race was held on 10th June 1899 into a strong head breeze over the three mile course.

Sydney led up to the open water crosiing to Sugar works when Melbourne overhauled them. It was a good race for 2 miles. 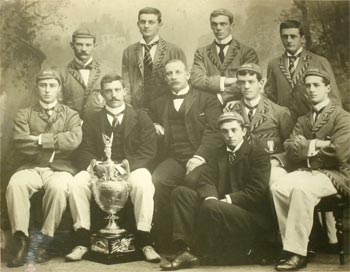