Sydney won very well by 5 lengths over the local crew and Melbourne last. The race was over 3 miles at Port Adelaide on 10th June 1905. 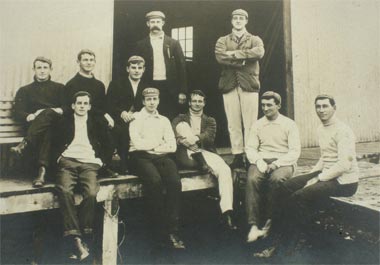