The margin expanded from the previous year with Melbourne winning comfortably by 3 lengths.

Please note that the great Clive Disher raced for the first time in the Melbourne crew. Disher was the stroke of the first King's Cup race in 1919, having survived the Great War. Also it is worth noting that the coach of the Adelaide crew was Frank Espie who raced and won the Championship only two years earlier. He also went on to be a famous mining man who was a leader in Western Mining Corporation. 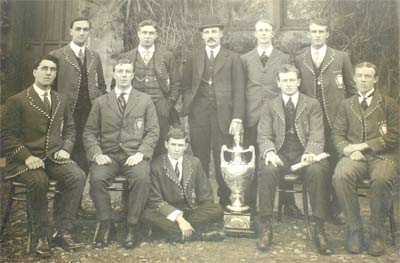