The Championships were conducted on 7th June 1952 at Murray Bridge over 3 miles.

Melbourne covered the three miles in 17 min 12 sec, which was a sound performance considering that a south-westerly breeze rolled up deep troughs over the course. The cold weather was also against fast times. Only five boat lengths separated the first four crews as they crossed the line. Adelaide was 200 yards farther back with a boat full of water. Sydney just managed to stave off by half a length a determined bid for second place by WA and Brisbane's bow trailed a bare length behind. The Adelaide crew suffered from a boat with less freeboard that the other crews and took much water in the rough conditions. The Melbourne crew over rated the other crews throughout the race. 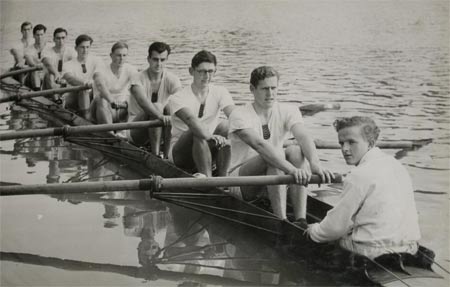 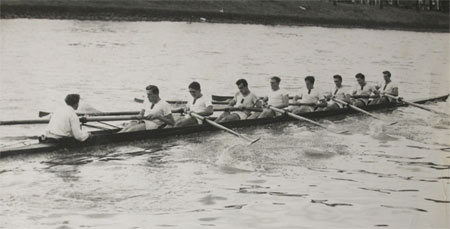 MUBC Eight in training on the Yarra