This 3 mile race at Port Adelaide was conducted under the threat of war. It was to be the last until after the Great War. Melbourne won easily from Adelaide. The personnel in these crews were obviously involved in the war and their studies interupted by them. For example, the bow of the Sydney crew after the war finished his studies in 1924 and distinguished himself both at war and as a doctor. His record shows CBE, DSO, MC, ED, FRACP.

J L Doubleday of the Melbourne crew was the first person to win this event four times in succession. 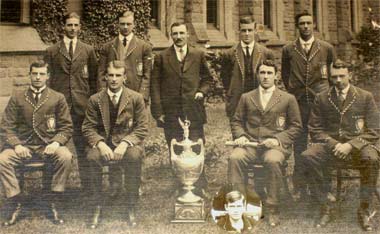 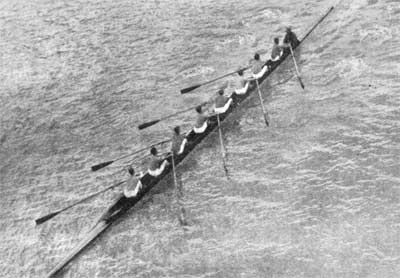