This year the race was scheduled to be held on the Murray River at Mannum SA but Adelaide University declined to act. Next turn fell to Melbourne University who thereupon selected the Nepean River for two reasons:

Melbourne, Sydney and Queensland Universities all entered for the race for 1st June. Melbourne arrived on 25th May and Sydney had been there already for a week. Queensland notified their withdrawal on 23rd May owing to a decision of the Queensland University Sports Union not to compete further during the war.

Most rowers elisted for the services immediately after the race. 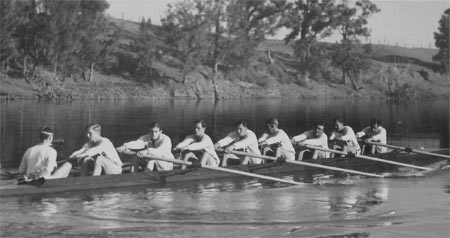