The Melbourne crew which won in 1902, raced almost in the same combination as in 1903 but only managed second placing, some 5 lengths behind Sydney. The other two crews also were also very similar to the crews of the previous year. Adelaide finished third. The race was conducted on 6th June 1903 upstream over the three mile course from Abbotsford Point to the Ryde Bridge.

The race had to be restarted. In the first start Melbourne got away well with a lead of about a length from Sydney then a further length back to Adelaide. Within the first minute an accident accurred which involved the Adelaide crew and a restart was called. Next time around, both Sydney and Melbourne got off well with Adelaide soon a length behind. The race was neck and neck for the first two miles when Sydney took a lead. They went on to win easily in five lengths. 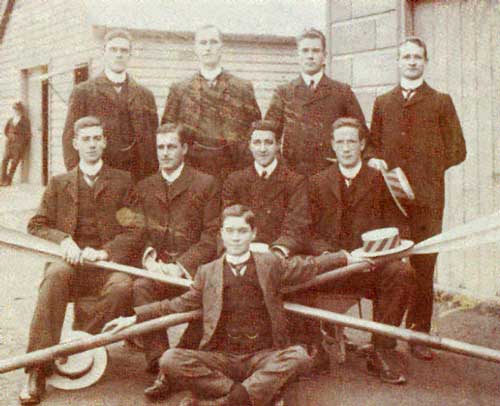