This Championship was raced over 2 1/2 miles on the Lower Yarra on 14th June. 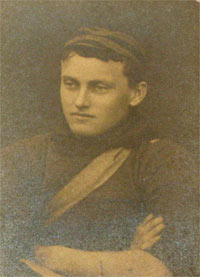