These Championships were conducted on 1st & 2nd October 1993 at Wellington Dam in cold, wet and windy conditions which caused delays. Some competitors ended up in hospital with hypothermia.

Delays, postponements and finally the removal of the repechages were required to get the regatta to a conclusion. 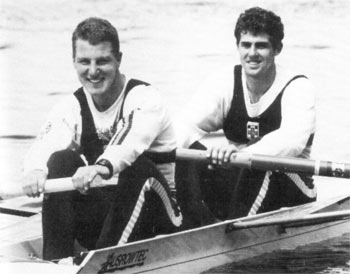 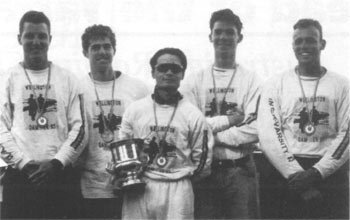 The University of New South Wales crew with the Nicholson Trophy 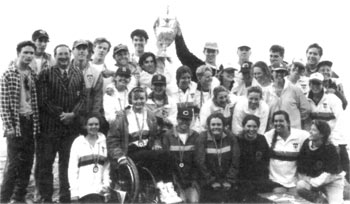 The Sydney University team celebrate with the Oxford & Cambridge Cup