The Championships were conducted over a two mile course on the Swan River on 5th June 1954.

The West Australian attributed the win to the weight advantage of the Melbourne University crew. The paper reported that: "The heavier Melbourne crew had enough stamina to hold off a strong challenge from the WA crew in the closing stages of the two mile race." Steering errors 3/4 mile out from the start also hampered the WA crew when they were in the lead.

The Adelaide Advertiser reported that the Adelaide crew's coxswain had lost his voice and so communicated with the crew via a bell. 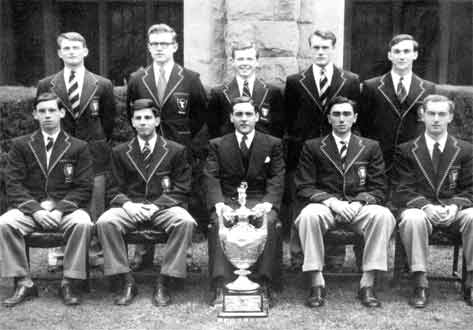