The race was conducted over 3 miles on the Port River, Port Adelaide on 23rd April. The race was very tight with only 6 feet separating the first two crews. The local crew was unable to use the local knowledge to gain an advantage finishing last.

John Lang reported that this race "was the most desperate and close affair between Melbourne and Sydney. In this way it is the most famous of any race rowed up to 1911."

The race highlight was was a low light - the Marine Board barge which kept the course clear cut across the crews which Adelaide got hit first, then Melbourne and finally Sydney. Whilst Melbourne got the waves for longest, their stoke stopped rowing for 12 strokes, Sydney got the highest waves and almost stopped. Bothe Sydney and Melbourne raced the last part of the race neck and neck despite their exhaustion. 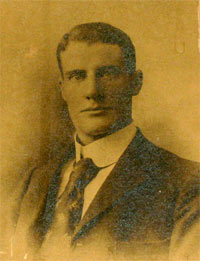