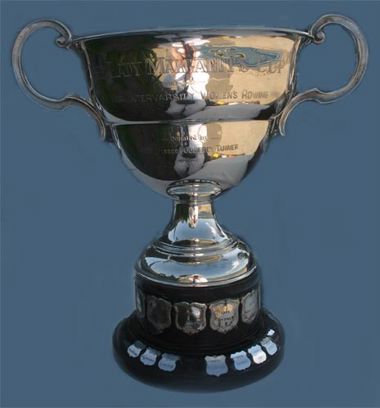 In 1967 at Brisbane, an unofficial women's four race was conducted in which Newcastle University easily defeated Queensland University. The Australian University Sports Association sanctioned the women's competition in 1968.

This event commenced in 1968 and the trophy was donated by Professor Godfrey Tanner, Professor of Classics University of Newcastle. Ten years later, the women's eight event was named in honour of Professor Tanner.

The trphy is named after Lady Margaret Beaufort who was the mother of Harry Tudor who defeated King Richard III at the battle of Bosworth. After her son became King Henry VII, she devoted herself to many pious endowments, including God's House, now Christ College in Cambridge.

Bishop John Fisher of Rochester, who was beheaded years later by Henry VIII, was her chief adviser and persuaded her to withdraw from a great new monastic foundation for Westminster which she planned to build with her son, King Henry, and instead to take over the 13th Century Hospital of St John, Cambridge for another college. The closing of the hospital had not yet been settled when King Henry died in 1509, and her grandson, Henry VIII became King. Lady Margaret died three months after her son and bishop fisher, as her executor, carried out the trust and in 1511 transformed the hospital into the college of St John the evangelist.

Inter college on the Cam began in the 1830's and because the Cox of another crew was killed by the bow of a St John's boat in a bumping race, St John's Boat Club was forbidden to compete. It thereupon reformed itself as the Lady Margaret Boat Club, and has the scarlet blazers, scarves and rowing singlets, which are the most vivid feature of regattas on the Cam.