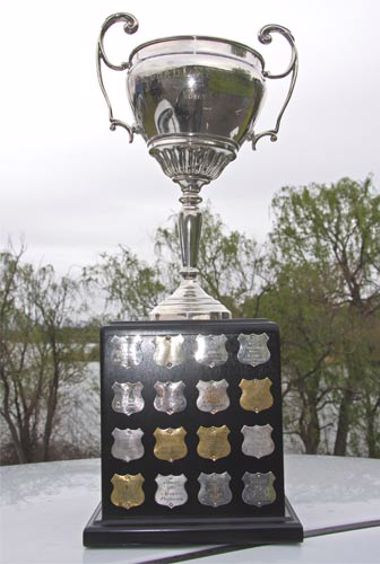 In Intervarsity Women's rowing, the Lady Margaret Cup was the recognised goal of all competing fours. However it had long been felt that recognition should be paid to the Intervarsity Pairs Event, and as a result Mrs Anne Ellison of Sydney donated the"Challenge trophy' for perpetual competition.

Interest in rowing for Mrs Ellison was a result of her daughter's involvement in the sport at University. One of the foundation members of the Sydney University Women's Rowing Club, Anne has been president for the past four years and both managed and rowed in the 1969 Intervarsity in Perth; a member of the successful four and also winning the sculls.

It was with great delight that Mrs Ellison learnt that A.S.S.A had accepted the offer of the Challenge Trophy, and even more rewarding that it should be competed for in such an exciting and skilled manner at its first presentation in 1969 in Perth.