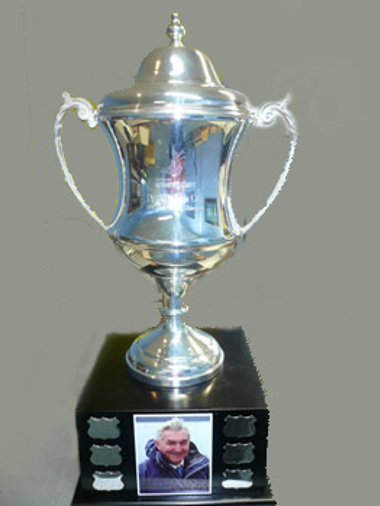 The Trophy was first presented in 2008 and is engraved as the:

with the opposite side to read:

Bill Webb served continuously as the Australian Rowing Team doctor from 1981 to 2003 with distinction. He pioneered new rowing specific treatments and drug testing in Australia. He was a member of the FISA medical commission.

Bill was closely involved from his days at Sydney University in the St Andrew’s College crew, first as a rower and for many years later as a coach. Bill also rowed for Sydney University at senior level and was a keen competitor and supporter of university rowing and Intervarsity competition.

Alumni of SUBC, St Andrew’s College and the Principal of St Andrew’s combined to purchase a trophy that honours the memory and service of Bill Webb.

The cup is silver, manufactured in Italy, and comes with a lined carry case - the initial base has 42 shields for engraving plus a photo of Bill Webb on a metallic plaque.

Winners of the Bill Webb Trophy

Awarded for the Overall Men's Championship