The day was taken in high interest bringing out a large crowd with several steamboats following the races. There was minimal tide flow, however, a solid headwind was present. Sydney Grammar took the lead early and were victors by 4 lengths. It was the second time they won the Major Rennie trophy, with their last win in 1894.

School supporters on the Birkenhead steamboat

(Source: The Sydney Mail and New South Wales Advertiser, 3 May 1902)

(Source: The Sydney Mail and New South Wales Advertiser, 3 May 1902)

The tide was not of much service, and a rather strong wind was against the crews. They were wide apart at the start, and kept so during the race. This took away much of the effect. St. Ignatius was best away, but Grammar soon took the lead, rowing well together with a fairly good catch, a long swing, and a steady recovery. After less than a minute's rowing a steamer on the course caused St. Ignatius to lose a little distance, md when clear of the Gas Works point Grammar was over a length in front. Church of England held on to the northern shore and rowed hard, but the form was not good. Stroke had only come into the boat two days before, but he was not the cause of the crew's defeat. They had a poor catch, were slow with the hands, and did not show up well in any part of the work. The riggers appeared low, and the blades dragged along the water when the crew was getting forward. It was not a bit like the fine crews turned out in previous years by Mr. Robson. St. Ignatius was not uniform in the least. The blades took the water in fairly even time, but the body work was poor, and there were many faults. The swing was irregular, and the weight was not got on together. The condition, too, was not first class. Grammar was by far the best rowers, and did not appear to feel the race a hard one. When off Gladesville the water was not very good and this caused a lot of rolling in the Grammar boat. St. Ignatius made an effort to get up, but died away soon, and with difficulty kept ahead of Church of England. At the finish Grammar won by about four lengths from St. Ignatius, with the Church crew well up. The time was slow, being 9 minutes 35 seconds, but Grammar not pressed, and the head wind took away from pace.

The regatta was conducted again on the course from One-Man's Wharf to Putney Point. 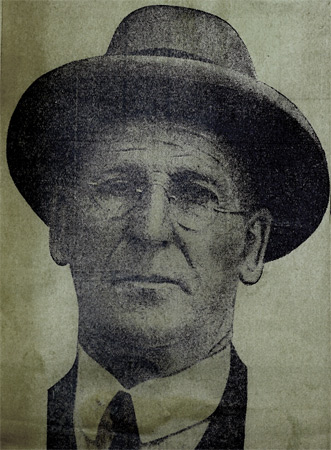