The 1897 regatta was raced on May 1st on the usual course One Man Wharf to Putney Point, between the same two crews:

The weather was “perfect” characterised by flat water and blue skies. The race between the two schools being a real tussle with Sydney Grammar hitting the lead early. However, Church of England were able to overtake Grammar before the line, winning the Major Rennie trophy 3 years in a row by 2 lengths.

Sunday Times filed this race report after the 1897 regatta:

Starting at 41 the Church of England boys drew out half a length, but when once settled down the Grammars, putting in a few powerful strokes drew level. At Gladesville (1min 45sec) they were nose and nose, with, if anything, the Grammar School a trifle the best of it. Amidst cheers and counter cheers they went on, the Grammars half a length to the good, until Tennyson (5min 18sec) was reached, when the Church of England boys, rowing the longer and cleaner stroke, drew level. Keeping up their form, the North Shore crew slowly but surely edged away, and finishing well, won by two lengths in 8min 7½ sec, the last mile having taken 6min 22sec to negotiate. It was a splendid struggle until close home, but the better crew undoubtedly won. The Grammar School boys, who finished gamely, appeared considerably more distressed at the finish than their rivals.

The 1897 race was the last time the AAGPS Head of the River was between just two schools, with St. Ignatius making their debut in the regatta in 1898.

The competition became a social event this year with the GPS arranging catering and launches. The official launch contained H B Devonshire the controlling offical, the Governor, the Admiral of the Fleet and other senior military men and Miss Eadith Walker, now Dame Eadith Walker. The regatta had also become a major NSW rowing event by this time.

This was to be the last year of the absence of St Ignatius who joined the regatta in 1898. 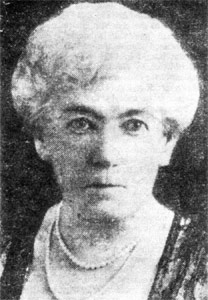