The 1949 Head of the River was conducted on Saturday 23rd April 1949 on the Milton Reach of the Brisbane River. The races started at the State High School Shed opposite Davies Park and finished at the Knoll, near Grey Street Bridge.

Over the past decade, Brisbane Boys' College had practically monopolised the head of the river races and the Brisbane tabloids suggested that this year's competition would be most closely disputed by C.E.G.S., B.B.C. and State High, the latter had a surprise victory in the 1948 O'Connor Cup.

According to the Courier-Mail:

"In spite of wind and tide on centre crews were quite obvious in last years race. Any misjudgment in the time of high tide next Saturday would mean that crews hugging the bank had a clear run without current effects...

B.G.S. has boat trouble and will be racing in a clinker that has already been used in 15 Head-of-the-river races. Shortage of boats and equipment will mean that B.B.C. and C.E.G.S. will be the only schools entering more than two crews." (Page 8, 20th April 1949)

The Crews would line up in the following order from the South Bank:

"On still water No. 5 position drawn by State High is considered the best lane, but it is a different story if any sort of a current is running. In this reach tide currents keep to the centre and north banks and leave the south bank relatively calm. In this case B.B.C. would seem to have the best position." (Page 6, The Courier-Mail, 23 April 1949 edition) 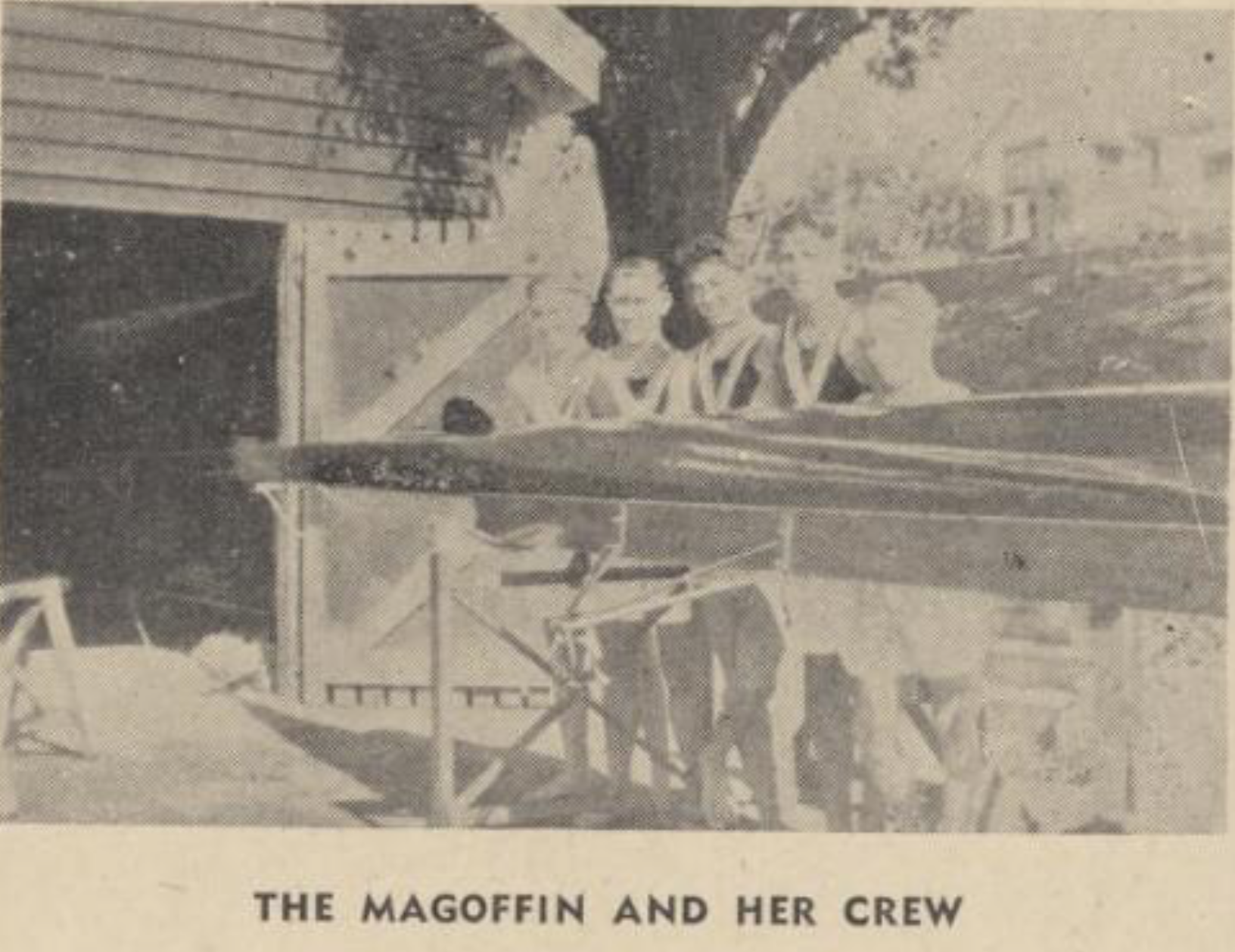 It was another 'clean sweep' for Brisbane Boys' College, with College winning all three races on the day.

Part of this success was attributed to the Schools' acquisition of a new racing boat, The Magoffin, which was donated by the Cameron family and named after Coach David Magoffin who guided the College to numerous victories throughout the 1930s and 1940s.

Magoffin's contemporary coaching techniques were celebrated in the B.B.C.'s 1949 Newsletter:

"This year we were given the pleasure of meeting Mr. D. O. Magoffin, the coach who had established [B.B.C.] a good reputation . He introduced a style of rowing to our school which he had learnt in England. This style has been the main factor in our past successes in rowing." (Page 52).

The strong depth of College's Rowing was further demonstrated on the Thursday prior to the event when their seconds beat their firsts in a race off to determine which crew would represent the school in the O'Connor Cup. 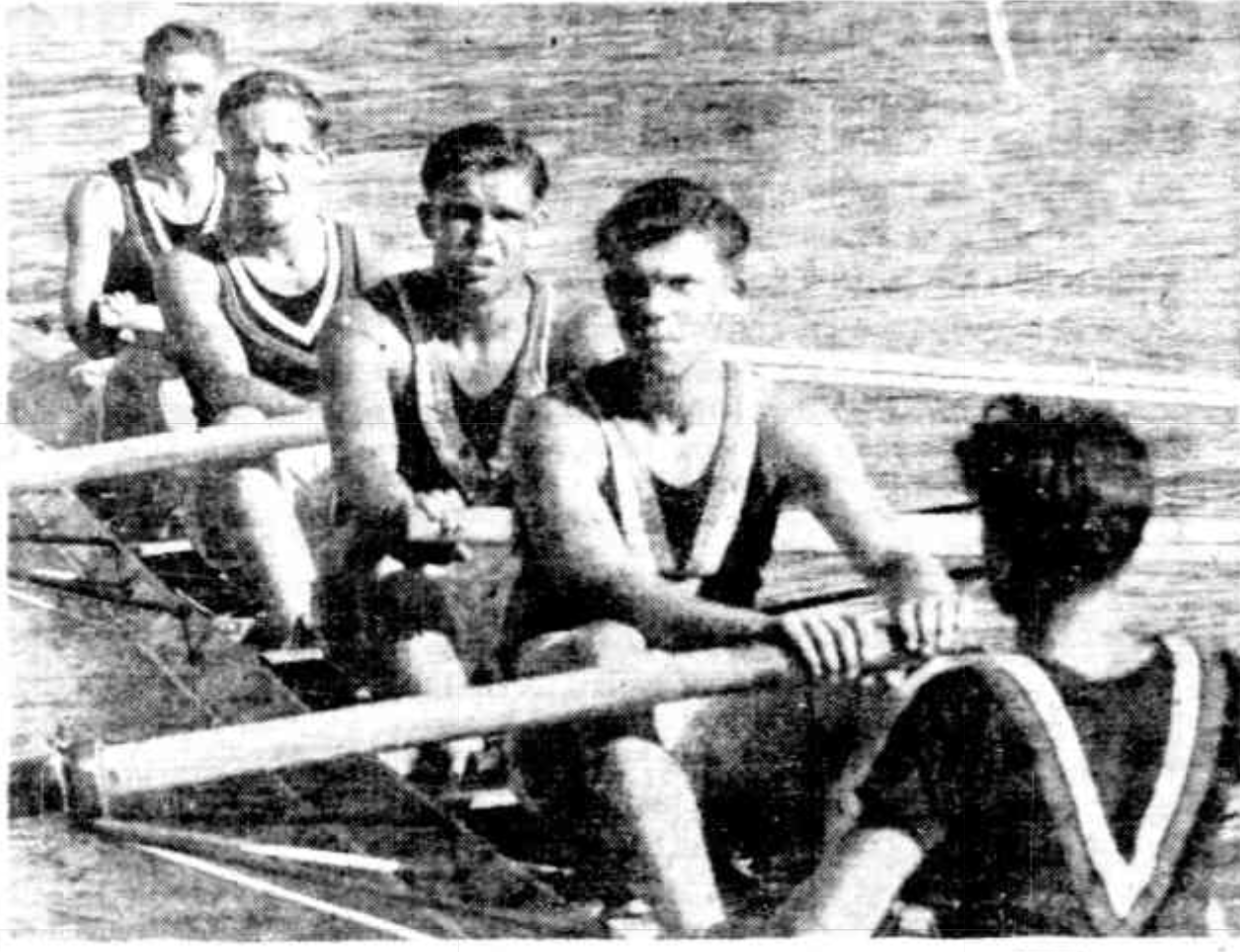 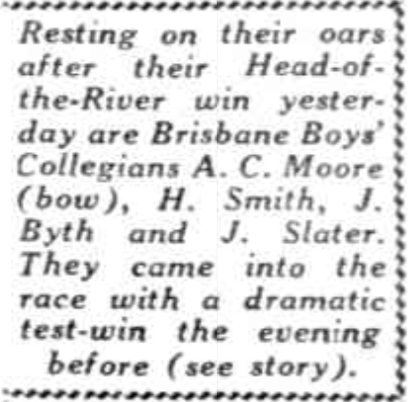 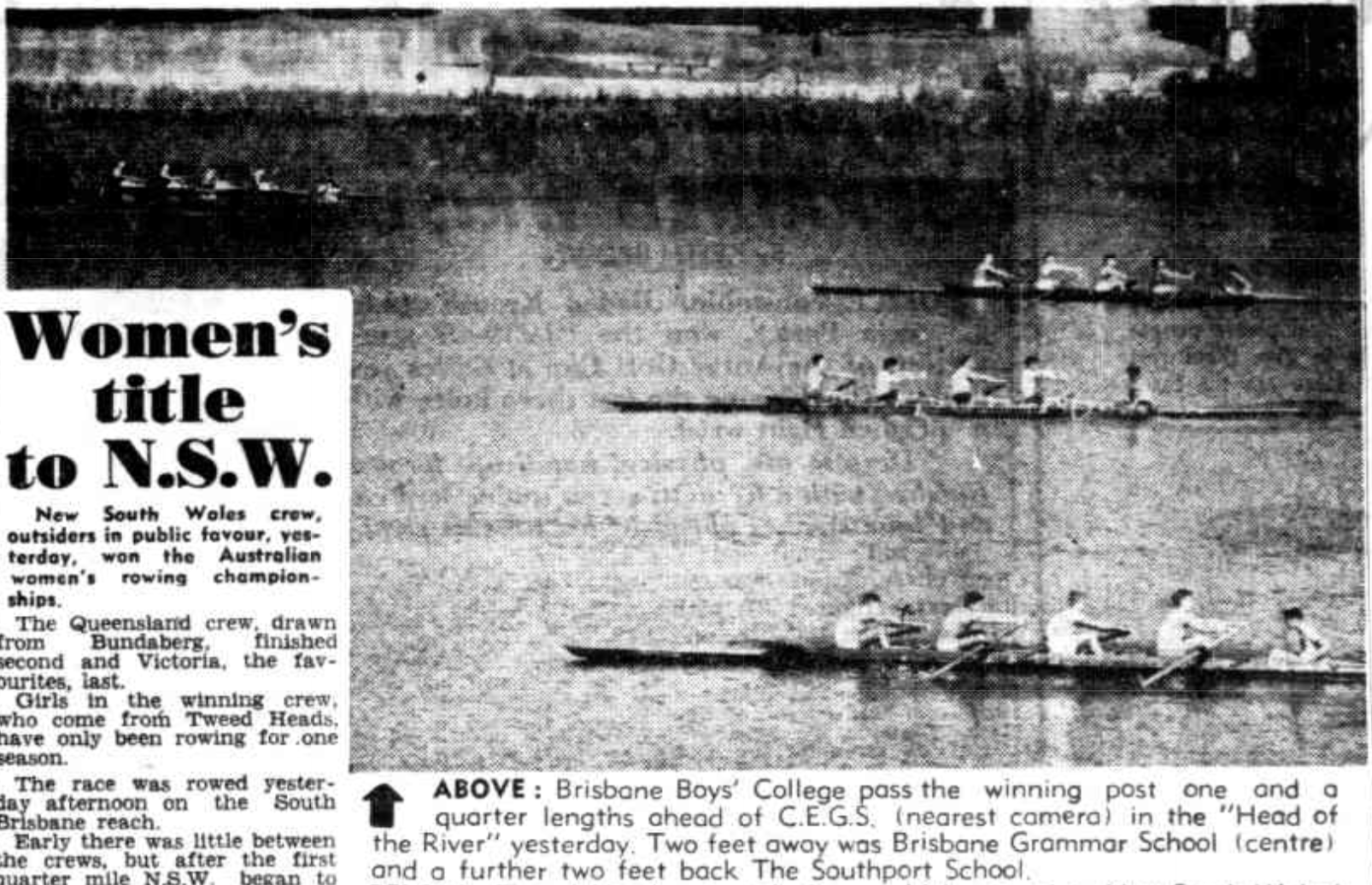 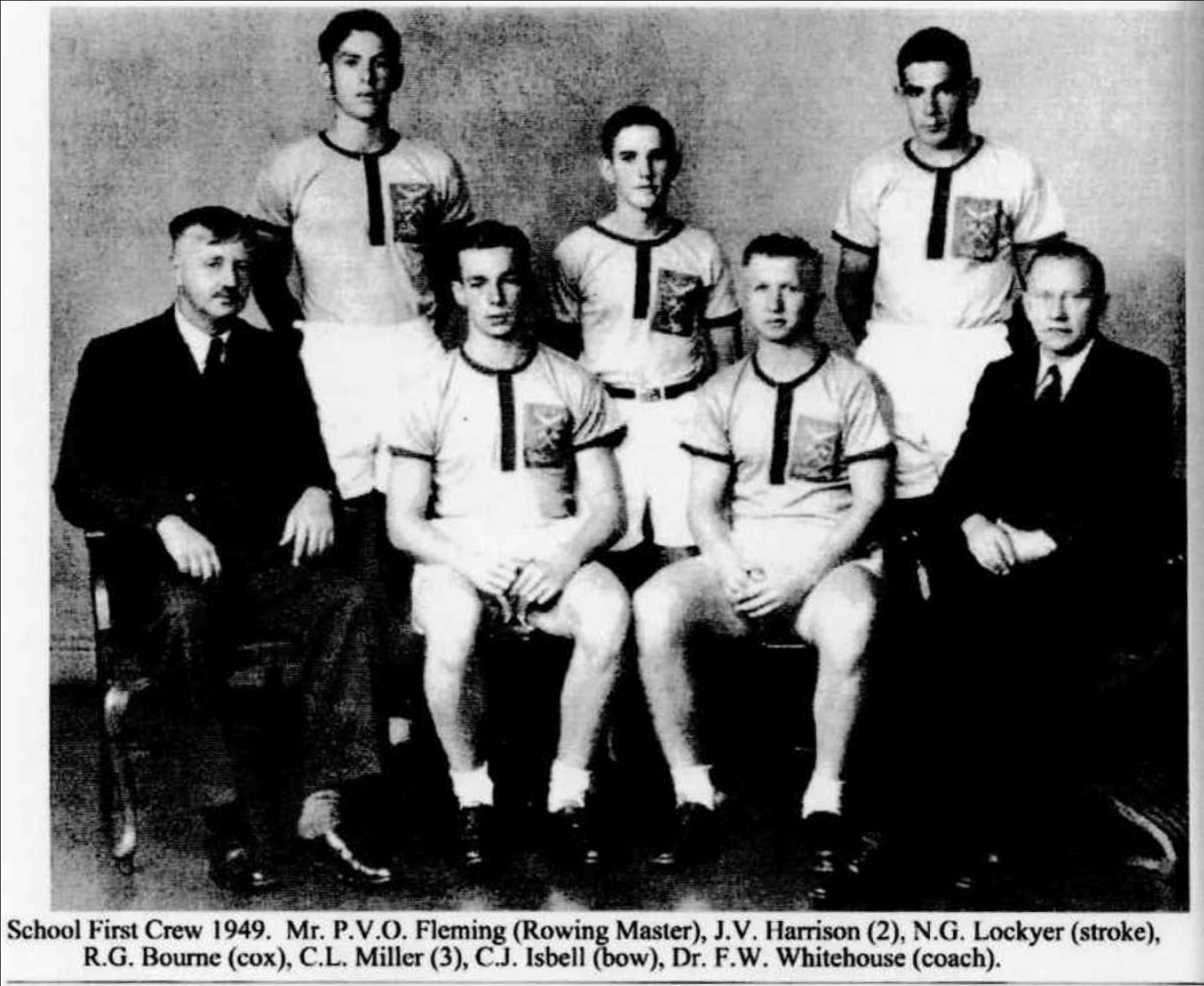 "Rowing in the outside lane, an advantageous position, B.B.C. finished strongly to win the G.P.S. Head of the River by 1 ¼ lengths in the fast time of 4 min 3 secs due to the following tide. This tide gave the inside crews, B.S.H.S. and C.E.G.S. a slight advantage which became apparent soon after the start.

Positions early were: C.E.G.S., B.B.C., B.S.H.S., B.G.S.n and T.S.S., all fairly close together. With half a mile to go, the inside crews, helped by the tide, had swung away from the field, and the outside crew, B.B.C. had dropped back to last.

The Order then was: C.E.G.S., B.S.H.S., B.G.S., T.S.S. and B.B.C still fairly close. With C.E.G.S. and B.B.C. seeming the most comfortable. The two leading crews had slightly increased their lead, but it still looked as though any of four crews could take the race.

With a quarter of a mile to go, the positions were unaltered, but here the tempo began to build up with B.G.S. and B.B.C. moving up to the leaders in the beginning of a sustained run. B.S.H.S. began to wilt and T.S.S. started to come again again, but the other three crews were still going strongly. Then B.B.C.’s finish began to tell, and they went ahead in the final stages to win by 1 ¼ lengths."

"B.B.C. drew the south bank position, which in the state of the tide may have meant a slight disadvantage. General conditions were good. The start was pretty even, and all cerws rowed well and comfortably to the half-way mark, at which point College were slightly in rear of the other crews, with C.E.G.S. in the lead near the north bank.

From about the "Guyundah," [B.B.C.'s] crew began to "build it up" and Grammar also challenged the leaders. Sustaining their effort well, and their excellent hard condition standing by them in in the final burst, [B.B.C.] finished 1 1/4 lengths ahead of C.E.G.S. with B.G.S. two feet behind in third place. T.S.S. (4th) and B.S.H.S. finished at similar intervals.

The time for the race (4 min 3 secs) was only three seconds outside the record." 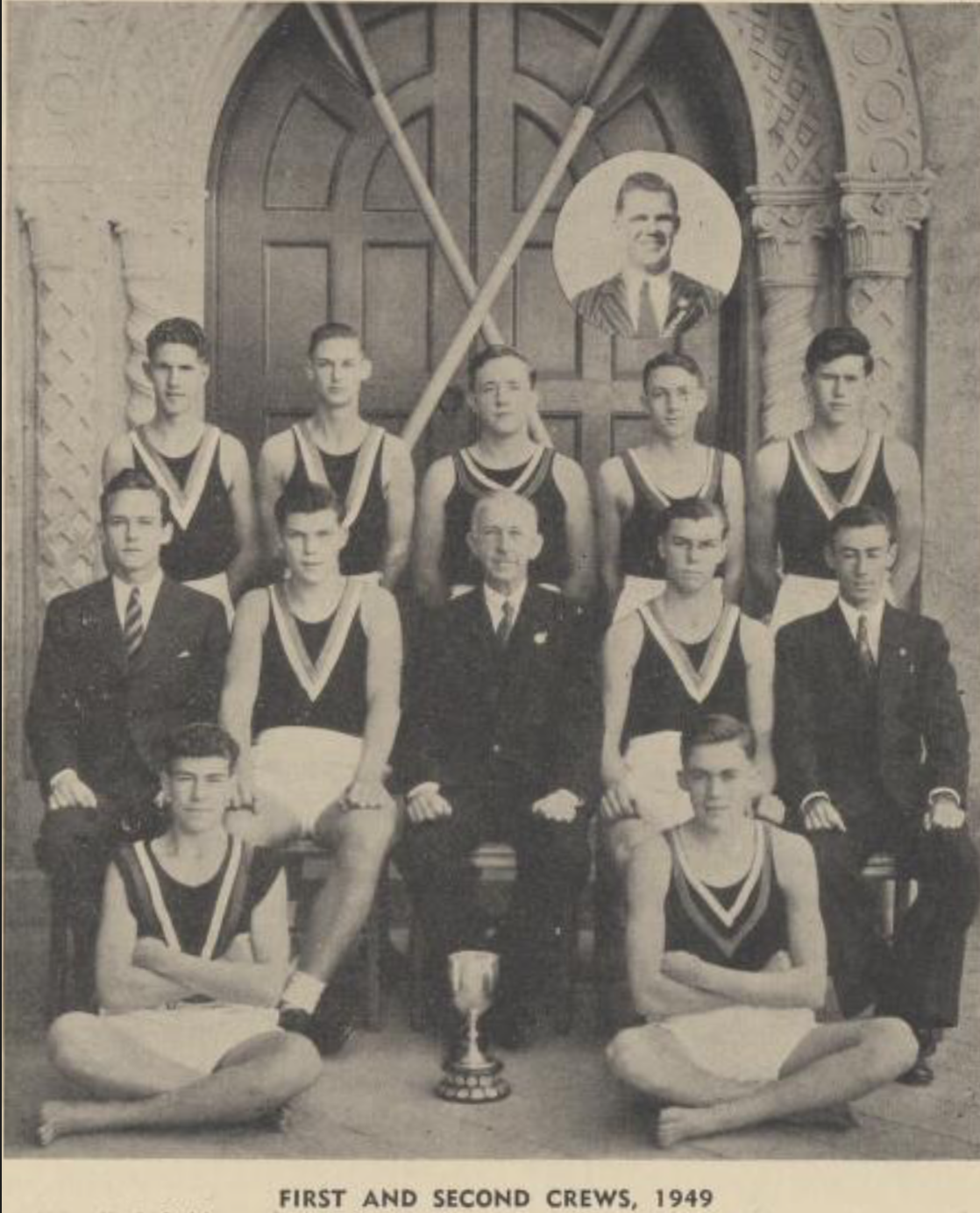 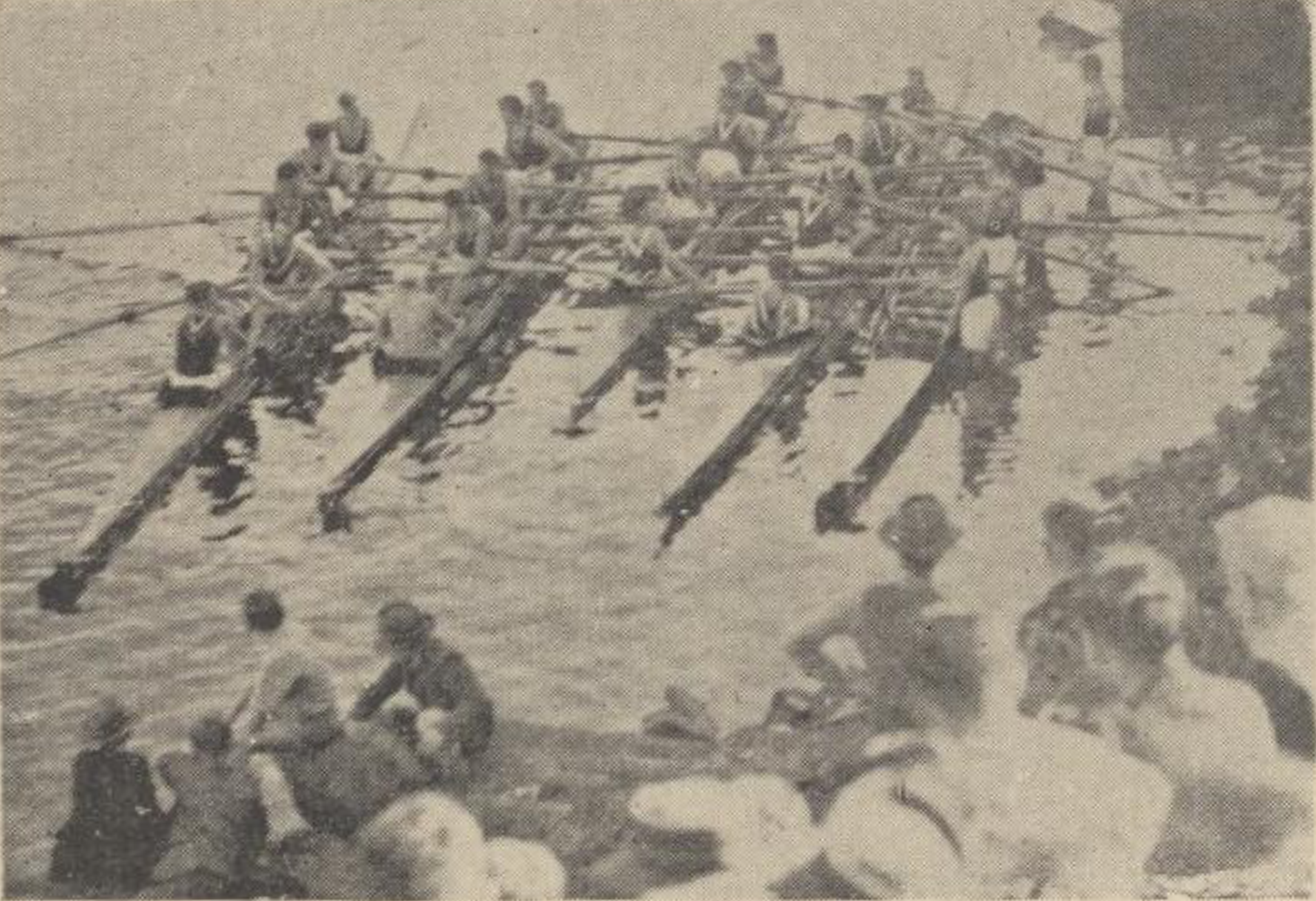 Brisbane Boys' College Competing Crews at Head of the River

“With College again on the south bank, the Second Crews’ race was well started, all crews even. B.B.C. and C.E.G.S. soon led narrowly from B.G.S and T.S.S with High School last.

After perhaps 100 yards, B.B.C. took the lead from C.E.G.S., lowered to a steady 32, and continued with a nice run on the boat. At the half-way mark, C.E.G.S. were still close, with T.S.S. rowing into third place, College then started to draw away and despite a final burst from C.E.G.S., won by three lengths. T.S.S finished strongly in third place.” 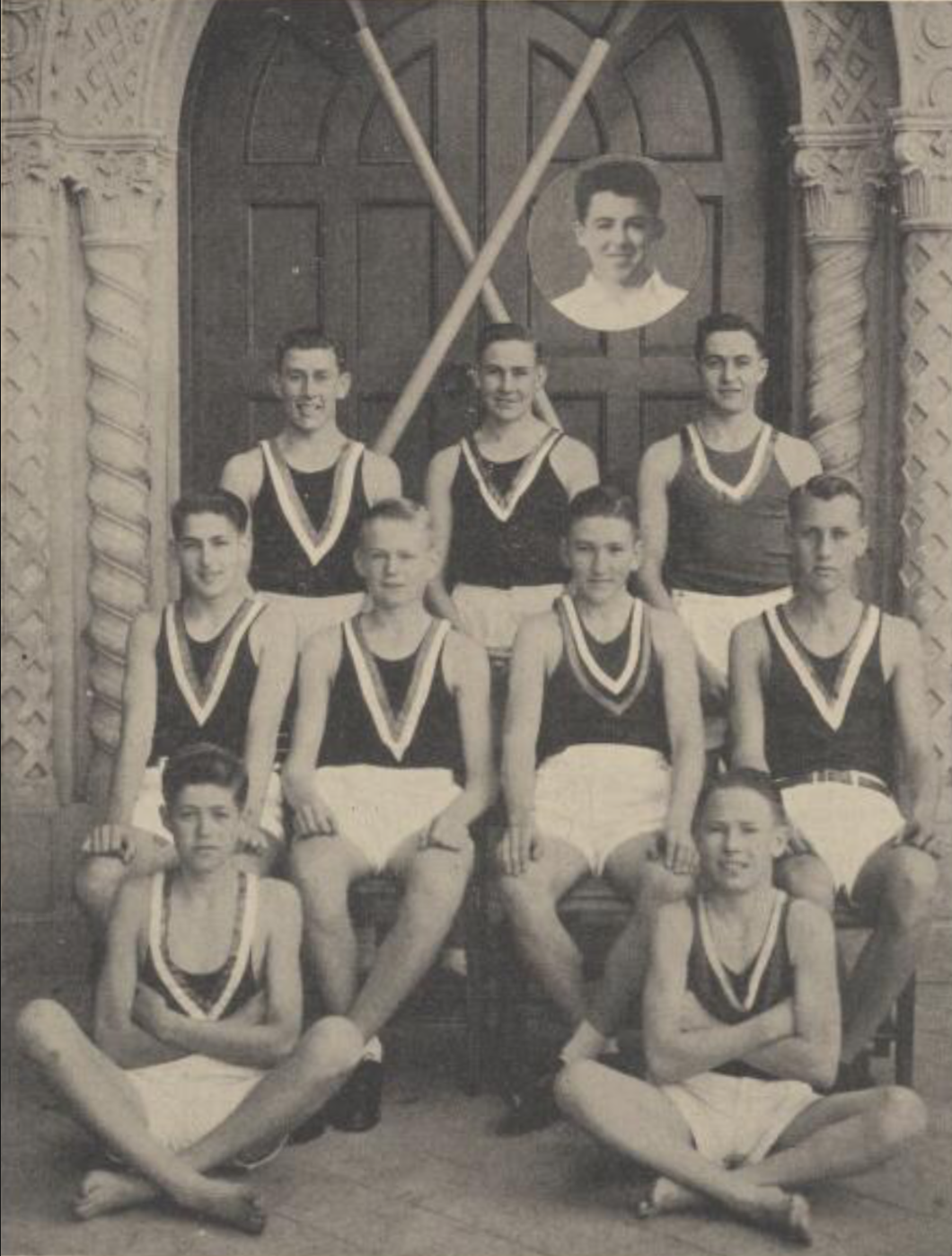 "After considerable delay, in which C.E.G.S. Fifths broke a rudder rein, [B.B.C. III] got off to a very good start, and opened up a lead which they extended throughout the race. They won by three lengths from C.E.G.S. Thirds, with C.E.G.S. Fourths in third place, followed by Brisbane Boys’ College Fourths.”