The 12th Head of the River was conducted on Saturday 6th May 1933 on the Milton Reach of the Brisbane River.

Coinciding with the King's Cup Regatta in Brisbane, a "more than usual crowd of enthusiastic partisans gathered at the knoll to witnessed what [promised] to be stirring finishes." (Page 19, The Brisbane Courier, Saturday 6 May 1933). A reporter from the Telegraph regarded that the river was a "brilliant spectacle. Every vantage point was seized."

Both races ran over a course of three-quarter miles between the Davis Park Jetty and a position opposite Morrow's factory.

The five competing crews would line up in the following order from the north bank in the championship race:

And in the Seconds Race:

The O’Connor Cup was presented to the Southern winning crew immediately after the race at the Commercial Rowing Shed by the president of the Secondary Schools Rowing Association, Mr. R. A. Kerr. 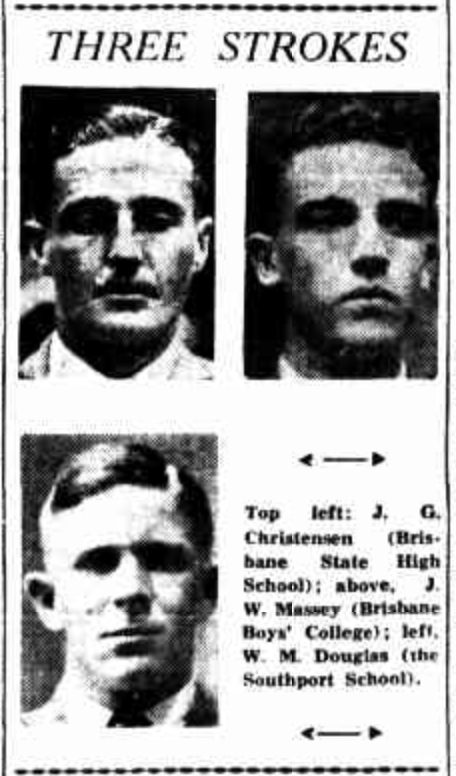 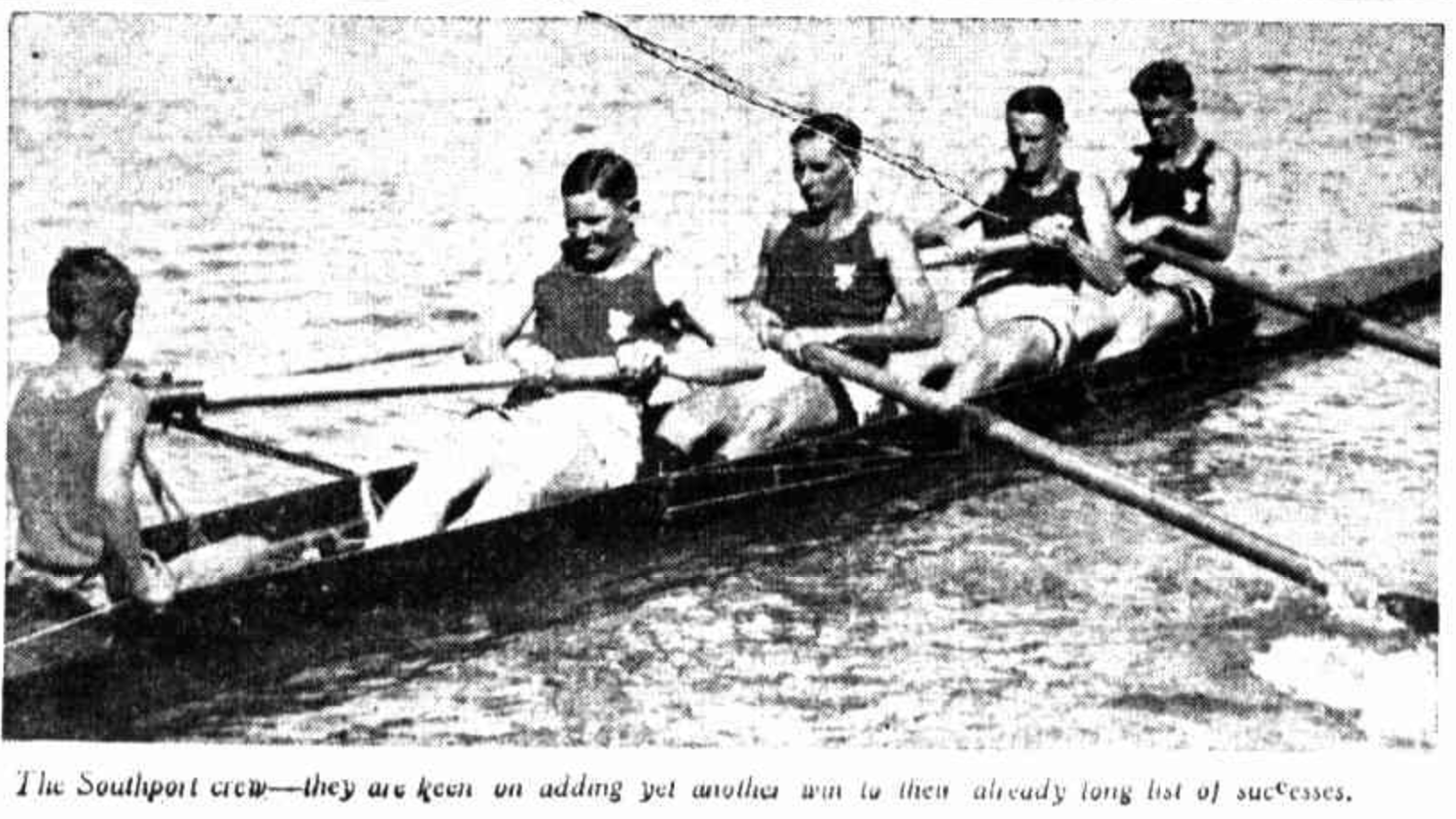 “The five crews moved into line in smooth water on a late ebb tide and no one crew had any worthwhile advantage over the others. Southport got away very early and the other four crews moved off in a line. Southport were a good half length ahead in the first fifty yards. At no time was this distance decreased and rowing with a good steady stroke with plenty of leg drive ad clearing well this crew completely outclassed their opponents to win by a good four lengths.

The fight for the minor placings, however, was a much sterner struggle, B.B.C., C.E.G.S. and Grammars rating fairly highly but not displaying anything like the same combination as was apparent in the winning crew, kept well together over the first half-mile with the last year’s winners, State High, three or four feet away last.

From then on, first one crew and then another would gain the advantage. The crews responded well over the final 100 yards, and B.B.C. gained the decision of second place by one foot with a similar distance between third and fourth.”

Southport rowed in beautiful form, and without letting up at any part of the race gained the verdict by four lengths. Boys’ College and State High School spurted for the line, the former getting second by half a length. Church of England Grammar were fourth and Brisbane Grammar fifth.”

“Unfortunately, there seemed to be some misunderstanding between the officials at the commencement of the races, and the starter arrived just in time to see the second crews returning from a false start. The coaches, having evidently given up all hope of the official starter turning up, had got the crews away, but it was not a satisfactory start and they were called back.”

“Southport quickly assumed a lead of half a length, and at the end of 100 yards were nearly a length to the good with Church of England and State High School fighting for second position. At the Milton ferry Southport had a length and a half lead, and were rowing well together at a rating of 36.

Over the last quarter of a mile Church of England and State High made a great effort and drawing away from Brisbane Grammar and Boys’ College, lessened the gap between them and Southport who crossed the line half a length in the lead. Boys’ College being second, half a length ahead of Church of England. Brisbane Grammar and State High finished in that order at intervals of a length.”

Page 6, The Brisbane Courier, Wednesday 3 May 1933 Edition via Trove https://trove.nla.gov.au/newspaper/article/22171986?searchTerm=School%20rowing

Page 19, The Brisbane Courier, Saturday 6 May 1933 Edition via Trove https://trove.nla.gov.au/newspaper/article/22172967?searchTerm=School%20rowing

Page 3, The Telegraph, Saturday 6 May 1933 Edition via Trove https://trove.nla.gov.au/newspaper/article/168417117?searchTerm=School%20rowing