A great season for the Albert Park Rowing Club, winning all three Championships.

This race was conducted on 3rd February 1900. 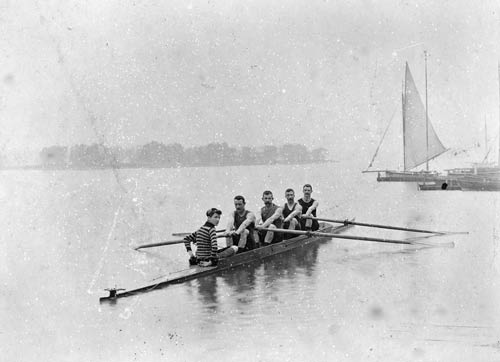 The Albert Park crew did well to withstand a magnificent and distressing burst from Mercantile for 3/4 mile to win. After sustaining this prolonged burst, Albert Park went onto win comfortably. This race was conducted in December 1899. 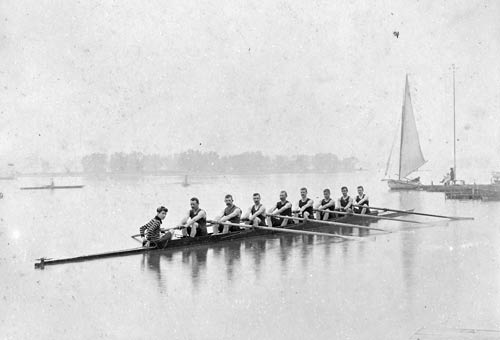 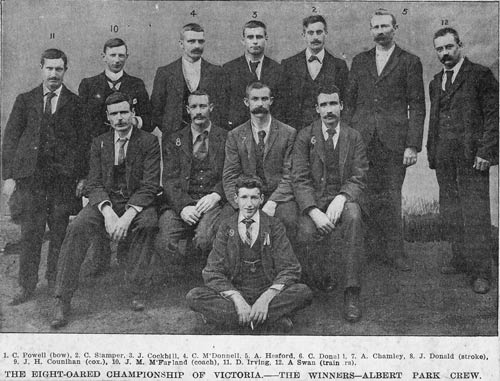 The Albert Park crew and support team in the newspaper

Pictures from the Stamper Collection held by Andrew Guerin