The win by Mercantile in the Champion Fours was the first of so many Championship for that club.

It was also the time when the river improvements of the Upper Yarra were well under way. The river was straightened which made navigation and rowing far easier.

The river improvements under construction 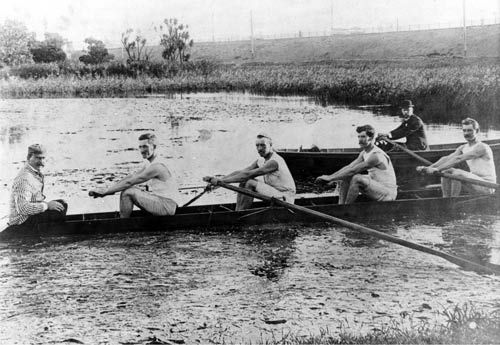 In the coxswain seat is coach Syd Edwards and Club Captain Frank Gibbs in the scull. The picture was taken in Brickmakers Swamp behind the current boatsheds.

This crew with one change, Charles Donald in and Herb Davis out (retired), won the Intercolonial Four Oared Championship in 1896.