However it was not until after the formation of the Victorian Rowing Association in 1876 that consideration was given to formalising Victorian Championships. By 1888, such annual Championships were established and were the most important rowing events of the year. 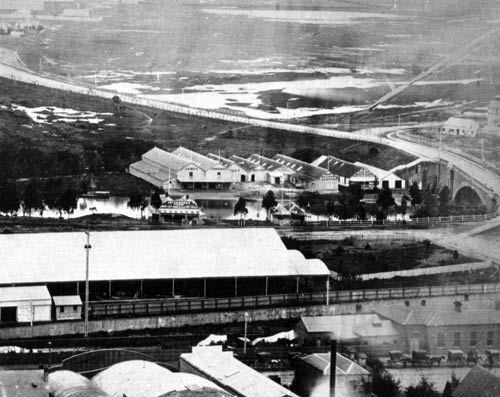 The boatsheds at the old Princes Bridge in the mid 1880s

Note the sprawling Edwards Boatsheds which housed most rowing clubs, the original bridge, Brickmakers Swamp behind the sheds, the swamps of St Kilda Road and in the distance Albert Park Lake.