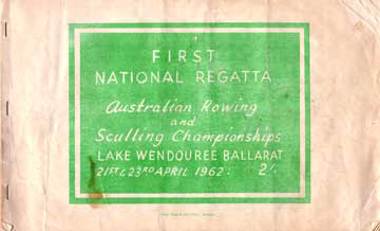 The first National Regatta attracted an entry of 201 competitors in 63 crews from the six States, providing excellent racing over two days. Unfortunately, the public attendance was disappointing. The Regatta resulted in the following crews being selected to represent Australia at the British Empire & Commonwealth Games:

In addition, the Corio Bay crew were selected to represent Australia at the first World Championships at Lucerne Switzerland. They decided not to race and a Victorian composite crew was nominated in their stead. 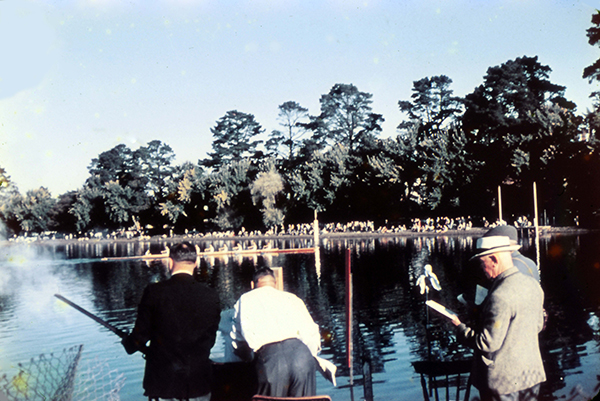 The finish line with a shot gun finish notification, one judge and commentators

The view from the start

The Mercantile Centenary history records the second placed crew as follows: "Among Mercantile's representatives at this event was a pair from what was referred to as the "Lake Bolac Branch" of the club. Stewart McArthur and Geoff Wills were successful Geelong College Head of the River oarsmen who lived in the Western District. They trained at Lake Bolac and, although unsuccessful in the Nationals, they put in a highly creditable performance on behalf of Mercantile. 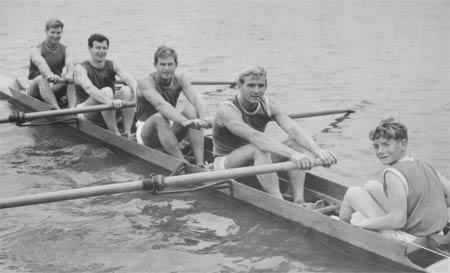 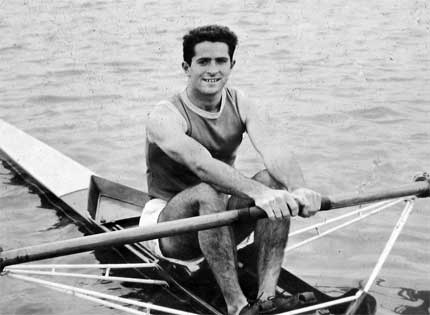 The winning Mercantile crew had a last minute change on the morning of the heat when Peter Downey replaced the seven man Tony Walker who was ill on the morning of the race. In the final Mercantile rated 38 off the start and took and early lead. After 150 metres, the higher rating Sydney crew took the lead and maintained it to 1200 metres. The steadier rating Mercantile crew overhauled the higher rating Sydney crew with 300 metres to go and went on to win by 3/4 of a length.